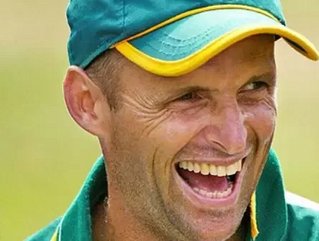 Kirsten, who played 101 Tests and 185 one-day internationals for the Proteas, left his three-year post with India in April after clinching the World Cup.

Former teammate Allan Donald has been appointed as bowling coach while Russell Domingo, the former Warriors coach, was named as Kirsten’s assistant.

Kirsten, who takes over from Corrie van Zyl, expressed his delight at the appointment, calling it a “major honour”.

"My coaching philosophy will not be any different than it was for India. I always endeavour to influence players in a positive way and give them options so that they can grow both as cricketers and as people," said the 43-year-old.

The first man to reach 100 Test caps, 7,000 Test runs and 20 Test centuries for his country has already brought about change in the South African camp, appointing AB De Villiers as captain of the one-day and Twenty20 teams.

Skipper Graeme Smith will remain Test captain after stepping down from leading the limited over sides after the World Cup.

After months of speculation regarding the role, Cricket South Africa’s Chief Executive Officer Gerald Majola said the perfect candidate had been found for the job.

"We are delighted to have Gary back as part of the CSA family," stated Majola.

"We have been through an exhaustive but rewarding process to find the best possible candidate for the job and we are totally confident that we have done just that.

"Gary's credentials and cricketing experiences speak for themselves and the board of CSA is confident that he will lead the Proteas to new heights."