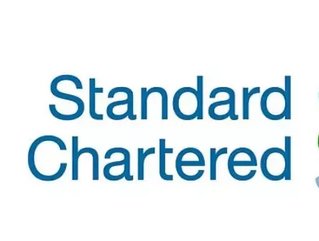 After deals with GREL and Verdo Energy, the loan finalises AfriRen’s Ghana distribution chain and should see the company double total biomass exports from Africa to Europe by 2016.

Founded in 2010, AfriRen will invest a total of $8m in its biomass extraction chain in Ghana and will seek further funding of up to $30m in order to replicate the project across the West African region, benefiting from the upswing in European demand for biomass.

AfriRen harvests redundant rubber trees that are cut in order to prepare for replanting, and processes them into woodchips, helping displace the burning of coal and assisting Europe meet its renewable energy policy target.

The $5m credit facility is split between two components. Firstly a capital expenditure loan of $3m, which will be spent on a variety of new assets including development of their existing land near the port of Takoradi into a factory workshop and storage space for the woodchips. The second component is a working capital facility of $2m for operational expenses.

“Standard Chartered has the credibility, reach and reputation we want. They are the leading bank in West Africa. Most importantly they have been extremely enthusiastic about our project and future plans from day one. The credit facility gives us firm foundations while allowing us the freedom to expand quickly elsewhere in West Africa.

The socio-economic advantages for both continents are unparalleled with Europe receiving a secure, long-term supply of biomass and Africa developing a sustainable green economy.”

“AfriRen approached us with a robust business plan and an enthusiasm for sustainability and growth. This is a perfect fit with our sustainable finance approach and the opportunities presented by renewable energy. These will certainly enable us to continue to build a sustainable business, simultaneously creating value for our shareholders, supporting our customers and contributing to the communities in which we live and work”.

In October 2011 AfriRen signed an exclusive five year supply agreement with Danish utility company Verdo for the entire woodchip production of their first Africa project. AfriRen estimates the total biomass to be delivered over the contract period will be 750,000 metric tonnes, effectively doubling biomass exports from Africa to Europe. Denmark has a 30% renewable energy target by 2020, compared to 20% for the overall European Union.

The project is facilitated by an eight-year partnership with Ghana Rubber Estates Ltd (GREL), a subsidiary of SIFCA, the no. 1 West African agro-industrial group with a €600 million turnover.