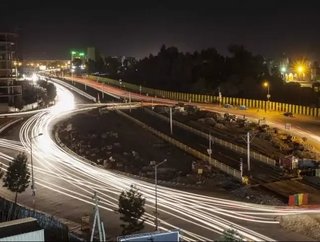 Addis Ababa is set to be the first city in sub-Saharan Africa to play host to a light rail metro system, which comes online this month after undergoing testing since its completion in January.

The 32-kilometre Addis Metro line cost $474 million to deliver and is expected to carry 15,000 people per hour in a single direction with an estimated top speed of 70 kilometres per hour.

The line is supported by 39 stations (which all have their own names) a network of alleyways, 12 of which has escalators, and 22 elevators.

The green trams will from October operate on the city’s East-West route, while those coloured blue are now shuttling between north and south. Fares will be relatively low, which reflects a heavy level of government subsidy.

The tramcars rely on power supplied mainly from overhead wires, but authorities have indicated that the system will have its own dedicated grid, including four substations to supply 160MW of power.

The metro took three years to construct and was delivered by the China Railway Group Limited after the Ethiopian government secured 85 percent of the required funding from the Export-Import Bank of China. The Chinese were also responsible for training drivers and maintenance workers; another company from China constructed the supporting power system.

Africa’s only other light rail systems are found in the North, so this development represents a first for all the nations lying below the Sahara Desert.