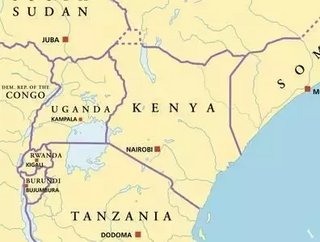 The border centre, dubbed the Namanga One-Stop Border Post (OSBP), will be opened on 1 December.

Construction began on the post between Tanzania and Kenya four years ago in 2014.

Around 12 of the sites have either been launched or are being commissioned between the six nations in the East African Community (EAC).

The development of the sites aims to ease trade flow between the nations by reducing the turn-around time for trader clearance.

“The launch of Namanga OSBP paves the way for speedy clearance of goods moving in the main trade corridor between Kenya and Tanzania,” stated the Kenya Revenue Authority.

“The Namanga OSBP is part of the EAC regional initiative, implemented jointly with Kenya and Tanzania, supported by development partners through the Japan International Cooperation Agency and AfDB (African Development Bank).”