By Amber Donovan-Stevens
May 19, 2020
undefined mins 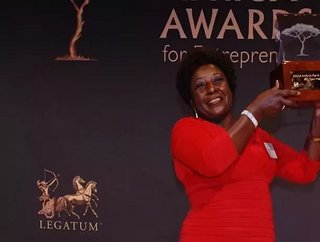 Understanding the success of an organisation often finds its foundation in the CEO who provides direction. Business Chief counts down its top 10 CEOs in Africa who have delivered determined success.

Born in Gutu, Zimbabwe, Dr. Divine Ndhlukula is the CEO and founder of DDNS Security Operations, also known as SECURICO. The Zimbabwe-based outfit offers canine guard services, electronic security, and armored vehicles, among others. SECURICO reportedly employs over 4,000 people. Female roles range from 35% in the electronics divisions to 30% of middle managers to 52% of line supervisors, among others. The organisation reportedly generates revenue upwards of US$13mn annually, and she ranks among the 50 wealthiest women in Zimbabwe. Ndhlukula has earned numerous awards including the Zimbabwe National Leadership Excellence Award for the private sector in 2016, and African Woman of the Year in 2013.

Born in Guyana, Robert Collymore was the CEO of Safaricom, a global telecommunications organization based in Nairobi, Kenya. Collymore passed away last month after losing his battle with leukemia.

Safaricom generated estimated annual revenue exceeding $2.25mn while employing more than 5,000 people. The telecom company has more than 25mn subscribers, and Collymore had a personal net worth reportedly exceeding $2.7mn. He was presented with the Moran of the Burning Spear by the president of Kenya in 2012, and African Investor named him International Business Leader in 2016, as well as CEO of the Year in 2017.

Adewale Tinubu is a businessman, consultant, attorney and CEO of Oando PLC, the leading indigenous oil and gas company on the continent. As CEO of Oando, he oversees an organisation that reportedly posted an annual revenue that exceeded $740mn and employs more than 1,000 people. Born in Lagos State, Nigeria, his net worth is over $15mn and was named Entrepreneur of the Year, West Africa, by Ernst & Young in 2015.

Born in Kangema, Kenya, James Mwangi is the CEO of the financial organisation Equity Group Holdings Limited. The Kenyan banking institution reportedly had the largest customer base on the continent at more than 8mn. Ranked among the 50 Top Thought Leaders by the Financial Times, Mwangi’s leadership drives the Equity Group’s estimated annual revenue of more than $189mn and upwards of 6,000 employees. The former public accountant’s personal net worth reportedly stands at upwards of $170mn. He was named Forbes’ Africa Person of the Year, and Africa Philanthropy Award in 2012.

Reginald Mengi is the founder and CEO of one of the largest media organisations in Africa, the IPP Group. Comprising print media, TV and radio stations, digital and other assets, IPP dominates the industry. Mengi also has a holding in a precious metals mining operation known as IPP Resources. The company also produces Tanzania’s top-selling native water: Kilimanjaro bottled water. Born in the Kilimanjaro Region of Tanzania, he has a net worth of $400mn and is widely known as a leading philanthropist in his native country. Notably, he established the Mutie Foundation that funds children’s heart transplants, and he earned the United Nations NGO Lifetime Achievement Award in 2012, and Business Leader of the Year Award in 2014, among many others.

Born in Lisbon, Portugal, Maria Ramos is the CEO of Absa Group Limited, South Africa’s largest bank. The Johannesburg-based conglomerate serves upwards of 15mn customers across 11,000 facilities. She has repeatedly been named in both Forbes and Fortune magazine’s 50 Most Powerful Women in Business. Ramos is the chairwoman of the Banking Association of South Africa, sits on the Executive Committee of the World Economic Forum’s International Business Council, as well as the Board of Business Leadership South Africa. As CEO of Absa Group Limited, a Barclays subsidiary, the organisation employs more than 40,000 people and generates an estimated annual revenue of $4bn. Ramos earns the highest banking executive compensation in Africa at a reported $28mn.

Born in Ibadan, Oyo State, Nigeria, Femi Otedola is the chairman of Forte Oil PLC, previously called Africa Petroleum. Before entering the petroleum sector, he founded an investing institution known as CentreForce and has an ownership stake in Swift Insurance. He holds a net worth exceeding $300mn, and Forte Oil employs 400 people while generating annual revenue estimated at nearly $270mn. His philanthropy work includes donations to the Michael Otedola University Scholarship.The scholarship has positively impacted more than 1,000 students, and Otedola has personally donated funds to complete Nigeria’s primary place of Christian worship, the National Ecumenical Centre in Abuja.

Strive Masiyiwa is the chairman and founder of Econet Wireless, an African-based telecommunications corporation. Born in Zimbabwe, he has a net worth exceeding $2.3bn and has earned a reputation for philanthropy. He is an influential board member of the Rockefeller Foundation, Africa Progress Panel, Morehouse College, Conrad N. Hilton Foundation, and Ashinaga organization. As a business visionary, he forged ahead with Econet to provide users with the ability to make cash transfers at a time when most of Zimbabwe did not have cellular service. His leadership resulted in Econet employing more than 5,000 people and generating annual revenue of $3bn.

Born in Ga-Rankuwa, South Africa, Patrice Motsepe is a mining businessman and founder of African Rainbow Minerals. With a reported net worth exceeding $2.4bn, Motsepe ranks among the top 10 wealthiest people in South Africa. As executive chairman of African Rainbow Minerals, his organisation employs more than 24,000 people and generates upwards of $720mn in annual revenue from mining precious metals such as gold and platinum. He also sits on the board of Harmony Gold, one of the world’s largest gold mining operations. In 2003, he purchased the Mamelodi Sundowns football club and reportedly committed to donating half of his wealth to charity through The Giving Pledge in 2013.

Aliko Dangote ranks among the most influential CEOs and wealthiest business leaders in Africa. Born in Kano, Nigeria, and considered to have an estimated net worth exceeding $10.6bn, he is recognised as the wealthiest person in Africa in 2019. The Dangote Group, a commodities company that trades in rice, cement, sugar and a wide range of commodities in Nigeria and other West African nations. His business success placed him on Forbes Richest People in Africa, and he was named the business publication’s Africa Person of the Year in 2014. The Dangote Group reportedly employs more than 30,000 in Africa and posts revenue upwards of $4bn annually.