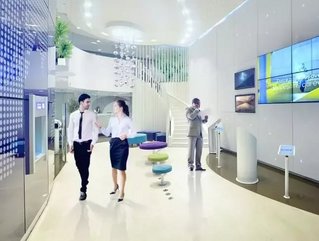 Founded 1894, FBN Holdings is a Nigerian bank that provides services in the realm of commercial, corporate, and investment banking, as well as insurance. It has a revenue of $600mn, according to Africa Ranking, and has been named best bank brand five years in a row. Its services extend across Nigeria and internationally, with 10mn customers and, as of April 2017, 874 locations in 12 countries, according to Bloomberg. Of those locations, 750 are in Africa. The bank’s headquarters is in Lagos and approximately 7,000 employees work for FBN.

The second largest bank in Nigeria, Zenith bank was founded in 1990 and has a revenue of $1.9bn, according to Africa Ranking. It was first listed on the Nigerian Stock Exchange in 2004 and, following a lucrative IPO, it then floated on the London Stock Exchange. With headquarters in Lagos and over 500 branches, it is the second largest bank in Nigeria. Zenith oversees 7,400 employees and has subsidiaries in Ghana, Gambia, Sierra Leone, UAE, and the UK. It places 24th on Africa Ranking’s overall ‘Biggest Companies in Africa’ list.

Headquartered in Lagos, Nigeria, Guaranty Trust Bank places 22nd on Africa Ranking’s list. It brings in a revenue of $2.2bn, according to Africa Ranking, and is present across eight other African countries. It first became a public company in 1996, six years after its foundation in 1990, and was the first sub-Saharan bank listed on both the London and the German Stock Exchanges. It is partnered with Eko Atlantic City, a coastal city being built on Victoria Island, Lagos, that promises to be cutting edge. Guaranty oversees around 10,000 employees in Nigeria, Gambia, Ghana, Kenya, Liberia, Rwanda, Sierra Leone, Uganda, the UK and the Ivory Coast.

With headquarters in Casablanca, Morocco, BMCE Bank, or the Banque Marocaine du Commerce Extérieur, was first founded in 1959 and now places 19th on Africa Ranking’s ‘Biggest Companies in Africa’, with a revenue of $3.8bn. According to Bloomberg, it has approximately 550 branches both nationally and internationally, with offices as far as France, the United Kingdom, Spain, Belgium, the United Arab Emirates, Canada, and China. Currently, the bank employees around 5,000 people across the globe.

Founded in 1926 and based in Casablanca, Morocco, the Banque Centrale Populaire is the second largest bank in Morocco, according to Africa Ranking. It brings in $4.1bn in revenue, ranking it 18th on Africa Ranking’s ‘Biggest Companies in Africa’. With its services ranging from checking accounts to investment accounts, the bank extends its business across Africa, Europe and the rest of the world. With 12,000 employees, Banque Centrale Populaire retains a customer deposit market share of 28%, according to Africa Ranking.

The only Egyptian bank to make our list, Commercial International Bank is a Giza-based operation providing retail, corporate and investment services throughout Egypt. It places 16th on Africa Ranking’s ‘Africa’s Biggest Companies’ list, bringing in $5.5bn in revenue. It was founded in 1975 under the name Chase National Bank of Egypt, but changed its name 12 years after its foundation, in 1987. According to Bloomberg, it currently has 6,551 employees across its 174 branches.

Founded by businessmen Gerrit Thomas (GT) Ferreira, Laurie Dippenaar and Paul Harris, RMB Holdings (Rand Merchant Bank) is the fourth largest investing company in Africa. RMB Holdings was founded 40 years ago in Sandton, South Africa. It brings in $5.8bn in revenue, placing it 15th on Africa Ranking’s ‘Biggest Companies in Africa’. Listed as a public company in 1993, it currently has a system in place linking shareholders of RMB Holdings with the possibility to also invest in FirstRand, another South African bank. It is a sizeable business, overseeing approximately 22,000 employees.

An international company, Attijariwafa Bank is based in Casablanca, Morocco. It places 13th on Africa Ranking’s ‘Biggest Companies in Africa’, with a revenue of $7.2bn. Attijariwafa Bank has a wide network, with 19,754 employees working across its 6,239 branches, as well as 6,821 ATMs at its disposal, according to Bloomberg. According to Africa Ranking, it is the biggest public bank in Morocco, as well as the biggest company in Morocco.

By assets alone, Standard Bank Group is the largest African banking group, with a market cap of $28bn, according to its company website. Based in Johannesburg, South Africa, it was founded in 1862 and now operates in 20 countries across Africa and the world. With a revenue of $14.4bn, it makes it into the top ten of Africa Ranking’s ‘Biggest Companies in Africa’, placing seventh. With over 69,000 employees across the world, it’s no surprise Standard Bank Group places so highly on our list.

The top investment company in Africa is FirstRand, a South African banking company. Founded in 1970, FirstRand currently locates its headquarters in Sandton, South Africa. It places fifth on Africa Ranking’s ‘Biggest Companies in Africa’, with a revenue of $18.5bn, and is the largest bank in South Africa. A subsidiary of FirstRand Limited, FirstRand Bank employs over 42,000 people and has ties with RMB Holdings.