Top 10 most expensive restaurants in Africa 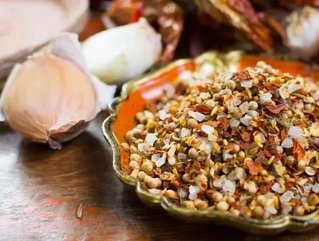 With a restaurant scene as focused on value as it is on supreme quality, restaurant goers shouldn’t expect to pay New York prices in Africa. However, Business Chief was still able to find some exorbitant eats.

Wolfgat is a primarily seafood-based establishment, but is “enhanced by seasonal produce, local wild herbs, seaweeds and succulents”. Owner Kobus van der Merwe uses the restaurant’s seaside setting to its fullest. Maybe the slightly leftfield location is why the seven-course tasting menu comes to a fairly reasonable $60. With culinary creations this tasty and visually stunning, this gem won’t remain under the radar for long.

Paris-trained, multi award-winning chef Chantel Dartnall has transported French influence and art nouveau stylings to Pretoria, inside The Orient Hotel. Known for its many tasting menus, each of them tweaked according to season, patrons can enjoy the ‘Market Degustation’ for a very reasonable $70, so much so that an extra $40 for wine seems a no-brainer.

Like many classy food joints, Greenhouse considers itself not just a restaurant, but an experience. It tells stories, with “each plate a question, an idea”. Recently blowing out the candles for its 10th birthday, the restaurant has curated a new, aptly-named tasting menu, ‘Ten’. Patrons can expect wagyu beef, cherries and champagne jelly, and even a ‘camembert cheese cake’.

Following a spectacularly successful pop-up in 2016, Luke Dale-Roberts teamed up with this prestigious Jo’burg hotel to create a permanent brick-and-mortar bistro. Its tasting menu is $110 on its own, $130 with tea pairing, $160 with local wines or $175 should one wish to ‘go global’, and features the intriguing ‘seabass tartare’ alongside beef tataki, fermented pineapple and guava delice.

Though principally a wine estate boasting breath-taking views, Waterkloof is steadily becoming as feted for its food as its fermented grape juice. The seven-course degustation menu is $130 when paired with its famous wine, and changes frequently to keep things unexpected and seasonal.

La Calombe was originally founded on the Contantia Uitsig wine estate, and has since relocated to another estate, Slivermist organic. Proprietor Scot Kirton fuses Asian and French cuisine using the freshest seasonal produce. The ‘Gourmand’ menu comes to $190 with wine or $115 without, and brings together a whole heap of experimental taste. Guests should look out for the smoked lamb tongue with mussels, aubergine and chorizo.

Championed as the finest of fine dining establishments in all of South Africa, The Test Kitchen is one of a stable of booming bistros that belong to British-born master chef Luke Dale-Roberts. His ‘Light Room’ tasting menu costs $150 ($250 when paired with ‘iconic wine’), and infuses the likes of springbok, beef sweetbread and pork belly, plus a sensational dill and berry Eton mess.

Enthusiasts for white glove service and French delicacies looking for a tasting menu that blows all other African eateries out of the water should hastily book a trip to Royal Mansour, and its crown jewel restaurant. The ‘Iktichaf’ degustation offering costs a staggering $600, featuring poached lobster, spicy snails and orange pearls.