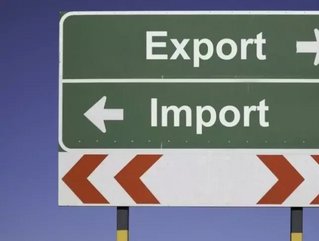 An agreement has been signed by delegates from the US and East African Community (EAC) that will harmonise market standards, remove red tape, and eliminate tariffs in an effort to stimulate trade between the two regions.

Delegates representing Burundi, Tanzania, Kenya, Uganda, and Rwanda met with US Trade Representative Ambassador Michael Froman to sign what will formally be known as The East African Community – US Cooperation Treaty. The deal builds on increasingly buoyant relations between the EAC and the US; over the past five years trade in goods has grown by over 100 percent.

In the run up to the agreement, the EAC has already made changes to their trade operations, reducing the number of checkpoints that will greatly reduce transit time between ports and the interior.

The US will provide EAC countries with the training necessary for them to market their goods on a global scale; this will come in the form of specialist advice relating to regulations, animal and plant health standards, as well as general food safety guidelines.

This comes at a time when US senators are putting pressure on the South African government to remove protective tariffs in place on poultry import under the African Growth and Opportunities Act (AGOA); it will certainly be interesting to see if any similar disputes arise as a result of this deal.

It has been noted that the US could be trying to catch up with other trading blocs as they race for dominance in the African markets; both China and the EU already have free trade agreements of some sort with the continent.

The challenge the countries of the East African Community face will be how they can compete on a global scale with more advanced and experienced economies; the advice from America will be crucial to their success.

Is Germany about to make significant African Investment? http://www.africa.businesschief.com/finance/1840/Is-Germany-about-to-make-significant-African-investment

US and South Africa in AGOA chicken trade row: http://www.africa.businesschief.com/finance/1835/US-and-South-Africa-in-AGOA-chicken-trade-row