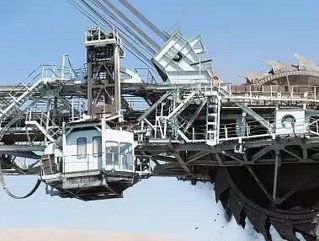 Nishal Nair, MD of Accenture Africa, discusses the ways in which the business is applying advanced technology to ensure that mining remains a sunrise industry.

Accenture is a name synonymous with innovation. In the company's own words, 'today's magic is tomorrow's technology', and this is a business which ensures that this holds true with its constant ground-breaking R&D operations. It is also a business which sees great potential in oft-overlooked nations; Nishal Nair is Managing Director of Accenture Africa with a specialisation in mining, and is keeping a close eye on the way advanced technology is affecting a continent on the rise.

Nair is an electrical engineer and started out working in the resource sector, involving himself in the worlds of mining, petrochem, and downstream chemicals. As his career progressed from engineering to managerial roles, his path increasingly crossed with Accenture until he was working alongside the business extensively. Eventually he joined the organisation and has been with the company for over 10 years. Being heavily involved in the mining segment of the business with an extensive background in the resources sector, Nair is perfectly positioned for his role and the constant evolutions occurring within Accenture and the industry.

“There are two parts to my role – mining and technology,” Nair explains, going on to discuss the latter. “You can see over time how technology has evolved. In the early days of industry, mechanisation was the big thing, powered by steam, and later electrical energy. After that we started to move into the electronic age, where computers became prevalent in the daily life of the average person. There are a multitude of technologies evolving and they are becoming cheaper and more efficient, with better processing performance – consistent with the observations made by the well-known Gordon Moore now widely termed as 'Moore’s Law'.”

So how does this apply specifically to Nair's mining responsibilities?

“What we've seen from the technology landscape is the combination of evolving technologies, and we've reached an amalgamation point where different technologies could be applied to various sectors. If you look at where technology is heading now, you've got – by virtue of us having faster, more efficient, and high-capability processing power – a whole lot of available avenues which were previously constrained by the ability to process and communicate.”

Nair believes that endless possibilities have been opened up because technology is, quite simply, allowed to blossom now. What that does is add new dimensions to traditional asset-intensive industries such as mining which enable them to unlock trapped value in their business and operations. Under the broad banner of Industry 4.0 businesses are striving to become increasingly automated, allowing the asset-intensive industry to reinvent itself.

“There are a several technologies available now such as machine learning, artificial intelligence and blockchain, and companies want to know how to adopt them,” Nair states. “That is where Accenture starts to play a bigger role. We are looking beyond Industry 4.0 – we are taking Industry 4.0 efficiencies and adding smart, connected, living and learning experiences to unlock value.”

It makes sense to Nair, who is aware of how resource-rich Africa is, to make the collection of resources simpler and more streamlined using the advanced technology at Accenture's disposal. A decline in commodity prices, rises in input costs, and political instability has meant that mining companies in South Africa specifically have had to rethink their position within the country and have been reluctant to spend and invest. As the mining sector is turning a corner, it is becoming increasingly apparent that technology is the avenue to bring value.

“If you look at where technology is now, these technologies can be applied across the mine value chain to deliver higher efficiencies and productivity, by virtue of providing the operators and management with information that at one point was not accessible,” explains Nair. “You had to wait days for it, if not weeks, but now that information becomes so much more readily available that value-based decisions can be made quicker.”

Businesses in Africa are rapidly adopting technology, and Accenture's Industry X.0 is at the centre of it all. The focus right now is the ability to access technology, so the question for innovation-heavy businesses like Accenture is: how do you use technology to unlock value? This is the challenge for Nair. Accenture is a solutions-based business, so its priority for Africa and for the mining industry is on connecting disconnected processes and making them intelligent. With the technology now available, Nair and his team are able to place segmented information into common platforms and create something agile and responsive.

“If you look at an average person today with access to a smartphone, all of their apps and information are instant,” says Nair. “There's an expectation that technology needs to be much quicker and deliver value faster, so the approach which we take to develop the solution needs to be very agile, very quick, and very adaptable. It’s about rapidly turning initial requirements into prototypes and initial solution and then tweaking those solutions to what is right for the business and operations.”

While there are challenges involved in the digitalisation of mining in an ever-developing nation, Nair believes technology is mature enough to be a key enabler, even in industries unused to digital. He thinks that businesses must provide a vision of what digital means for them, and that is what enables Accenture to lend its expertise and create a solution. The mining companies in South Africa are global players, meaning that they do have some access and understanding of the technologies available, but actual adoption requires additional assistance from R&D experts.

“The approach we're looking at with our clients is: there are technologies that have been tried and tested – can we apply them now and create quick value?” says Nair. “It's also about momentum and establishing the foundation. The next step is planning for the next tier of value while dreaming about the art of the impossible.

“The next tier is always more exciting and you have to be proactive. Don't wait until the last minute to start adopting; we often think of Africa as lagging behind with technology, but technology has a fundamental place in the business and community of South Africa. We need to be more broad-minded and aware that technology provides a lot more value to the present South Africa and Africa as a whole in getting more access and participation in the economy.”