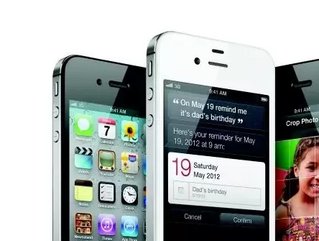 Apple made its much anticipated iPhone announcement at its Cupertino headquarters in California yesterday – which it is fair to say has left many disappointed.

After months of speculation surrounding the newest version of the smartphone, expected to be the iPhone 5, Apple's new CEO Tim Cook unveiled the iPhone 4S - an upgrade to the current model.

With no change in the phone's design, the 4S boasts a faster processor, a better camera (8 megapixel) and improved battery life and connectivity.

The phone will be available in the US Australia, Canada, France, Germany, Japan and the UK on Friday, October 14. Twenty additional European countries, along with Singapore and Mexico, will have the iPhone4S by the end of the month.

Although, as has become common with Apple's mobile phone releases, no date has yet been given for an African country.

Apple said that the iPhone 4S will arrive in 70 more countries by the end of 2011, although there is no confirmation of which countries these are.

South Africa was the first African state to receive deliveries of the iPhone 4 and iPad/iPad 2, although MTN and Vodacom, which both carried the iPhone 4, say they are not sure when the device will hit South Africa.