BMW Teams Up with Baidu to Test Driverless Cars in China 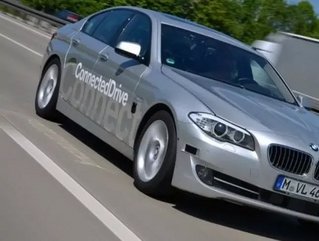 The comparative chaos of streets and highways in China should provide a thorough test of BMW’s driverless credentials, which will be enhanced by Baidu's high-resolution maps and familiarity with the local area.

The decision to expand this activity into China builds on the work carried out in Europe in what the German company describes as Vision Zero.

“Vision Zero” is a strategy for achieving accident-free mobility that is being pursued right across the continent in many different arenas – social, political, scientific and industrial. BMW believes highly automated driving is capable of bringing this vision a significant step closer to reality.

Mercedes-Benz, owned by Daimler, has also been testing its revolutionary autonomous vehicles in Europe. Its Future Truck 2025 was taken for drives on the A14 autobahn in Magdeburg, Germany, earlier this year.

BMW is targeting comfort as well as safety to attract customers. An electronic co-pilot system is not only able to relieve the driver of monotonous or repetitive driving tasks, but can also take over full control of the vehicle if desired.

Over the next two years, the BMW Group will be building prototype research vehicles for use in highly automated driving trials on Chinese roads.

Whereas typical features which must be taken into account in Europe include tunnels, national borders and toll stations, China’s fast-expanding urban centres also present the engineers with challenges such as multi-level highways.

BMW is teaming up with internet giant Baidu as its Chinese partner in this project which will extend beyond Beijing and Shanghai, although details are yet to be made public. Baidu operates China’s largest search engine and is also a provider of map services and cloud services.

The German automotive giant is looking also to extend its reach in China with its electric cars.