The Business Revolution and the Tools that Changed the World 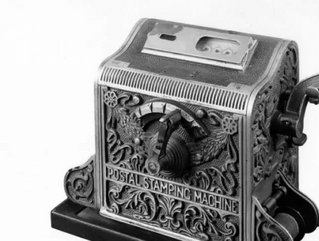 In 1973 James Burke, a British broadcaster and science historian, predicted the future.

In an interview with the Radio Times he spoke of the proliferation of computers in every factory, office and school, a culture of identity cards, CAD learning systems, huge personal data banks, and increasingly, especially among the younger generation, an inclination to share more and more personal information. And he wasn’t wrong.

In just the past 20 years we’ve witnessed a revolution in technology and communications. The way we communicate and consume, and the tools we use to do business have changed almost beyond recognition.

However, prior to mass migration to the World Wide Web – pre 1995 – the office wasn’t necessarily an all manual affair. Yes it was paper heavy – incredibly so, but there was cutting edge technology that at the time also played its part in revolutionising the work place.

Whilst today 144.8 billion emails are sent every day, before the internet and for time immemorial, paper mail was the primary mode of sending and sharing documents. In terms of getting the mail out and dealing with the charges associated, the franking machine revolutionised the process.

The very first machine – the Model A - was manufactured in 1920, by Pitney Bowes, eradicating the need for daily visits to the post office counter, adhesive stamps or the signature previously required on permissive franks.

Over the past century the machine has grown ever more sophisticated, using advances in technology to improve speed and performance. Today it’s a wholly digital affair and as the quantities of physical mail continue to climb, in line with increased online retail, it continues to play an integral part in any modern office.

The fax machine hit the mainstream business environment in the 1970’s, with the Xerox Magnafax Telecopier – it was the first time that businesses were able to share entire documents, down a telephone line, with anyone anywhere in the world.

Today the concept of sharing documents has completely changed; we use email, file hosting services, or publish them on our websites. But whilst this has impacted on the role of the fax in the modern office, they are still common place, playing an important role in the delivery of highly sensitive material and signed documents that are recognised by law – electronic signatures are not.

And the technology has advanced to incorporate our use of the Internet – most companies have migrated away from independent machines, towards internet systems that are incorporated into our email accounts.

The telex machine, the precursor to the fax, had already allowed businesses to send messages around the world. It worked by typing a message into a machine – the Seimens T100 from the 1980’s rivalled an upright piano in terms of size – which would be received by another machine and printed out.

In terms of their impact on modern communications, they could be seen as the forerunner of the modern text message; for the era they were quick, efficient and allowed users to send messages on a global scale. Today they’ve all but disappeared from the modern office, being superseded by web and mobile based technologies.

The photocopier also played a huge part in the changing techniques for communicating and sharing documents. Xerox introduced the first office copier in 1949, which paved the way for modern copy machines, replacing traditional duplicate machines and carbon copying – the source of reference for that CC field you see on your email every day.

Over the years they’ve developed with technology, incorporating colour copy in the late ‘60s / early ‘70s, moving from analogue to digital technology, and even today they’re a staple requirement in most offices. Perpetuating, some might say, our reluctance to adopt completely paper-less business practices.

As Burke predicted, today our offices are places where “the distant hum and chatter of the machines is as common place as bird song”.

The wide spread adoption of the Web by society at large and business specifically has radicalised the typical work space. We’re able to communicate instantly, at relatively low cost, with anyone anywhere in the world.

We share documents and information on digital platforms that can be accessed privately or publically, depending on our personal preference. We market our products on websites, social media networks and email.

Increasingly we’re adopting digital as our preferred platform for advertising. Video conferencing has reduced the need for face-to-face business meetings. And mobile technology has introduced the roaming office; tablets, 3 and 4G mobile phones and wireless internet allowing us to work anywhere, any time.

And the future? If we’re to believe James Burke, and I don’t see why we shouldn’t, then we’ll see the world change again, beyond all recognition.

He cites virtual reality and nanofabricators – a future embodiment of 3D printers – as technology that will liberate all people from government, business, poverty and environmental disaster, enabling us to create anything, at any time, for no cost.