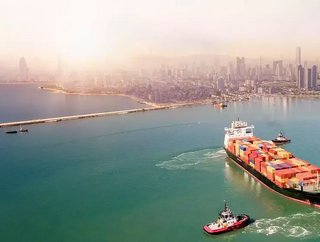 Business Chief explores the growing transport and logistics industry within one of the world most coveted cities: Istanbul...

Situated in the Marmara region of Turkey on a triangular peninsula, the beautiful Turkish city of Istanbul not only acts as a bridge between Europe and Asia, but as a hub connecting people from all over the world to its traditions, history and culture. This huge, vibrant city is currently home to one-fifth of Turkey’s population and is rich in history and architecture dating back to around 660BC, when it was colonised by the Greeks and established as the city of Byzantium. From Roman aqueducts and Byzantine churches to Venetian towers and Ottoman palaces, over its lifespan of 2,679 years, the city has had many occupants, all of whom have contributed to the city’s diverse culture and architecture. Although the city is known today as Istanbul, it has taken on multiple names throughout the years including: Lygos, Augusta Antonina, Nova Roma, Byzantion, Byzantium, Constantinople and finally what it is today - Istanbul.

Due to its location as an international junction for land and sea trade, Istanbul is at the center of Turkey’s economy, and is its largest industrial center. In 2018, the city was the highest contributor to the GDP of Turkey with a total of US$682,751mn. The city’s diverse industrial economy includes oil products, tobacco, electronics, cotton, silk, food, textile, rubber, metalware, leather, chemicals, pharmaceuticals, glass, machinery, automotive and paper.

As 2019 came to a close, Turkey’s Industry and Technology Minister, Mustafa Varank, acknowledged that the economic center of gravity is shifting, and an efficient logistics and transportation system could open the gates to new markets, business operations and dynamics to the country. Currently, “Turkey is among the top 20 countries with a turnover of about US$18bn in the transportation sector in the world,” commented Ruhsar Pekcan, Trade Minister. As part of the country’s 2023 Industry and Technology Strategy, the country aims to harness its location to drive higher growth within this sector under its Logistics Master Plan. The plan aims to increase the country’s competitiveness within logistics and transportation by investing in an integrated transport network, as well as improving the efficiency of its logistics services and commercial operations. “We expect these figures to reach much higher levels thanks to the big infrastructure investments made by our government and the ability of our companies to use the existing facilities effectively," continued Pekcan.

Established in 1986, Karinca Logistics started its operations as a provider of customs clearance services. By 2010, the company had launched its international road freight transportation services and developed itself into a sector-specific solution provider of HSSE (health, safety, security and environmental) goods for industries such as energy, mining and construction. In addition to its more dangerous goods, Karinca also started transporting domestic goods such as footwear and textiles, as well as delving into warehousing and distribution services.

For over 30 years, the company has been striving to carry the ‘goods and burdens’ of its customers with a “zero mistake, zero accident” principle. Its vision is to be the most valuable logistics brand with innovative and forerunning services.

Established in 1995, KITA Logistics has over 20 years of experience within large-scale logistics, such as aerospace, fast moving consumer goods (FMCG), pharmaceuticals and textiles. Every year the company handles more than two million tons of cargo in a flexible, responsive and decisive manner. The company currently has operations in Turkey, the Middle East, Europe, Central Asia and Russia.

To give back to communities both locally and globally, KITA Logistics believes in its duty to be socially responsible. With this in mind the company is committed to planting one tree for every 1,000km travelled, as well as awarding students around the world that are majoring in logistics disciplines with scholarships.

Established in 1989, Mars Logistics is headquartered in Istanbul. During the last 30 years of operations the company has grown significantly. Starting out as Mars International Transport, it was not until 1997 that the company adopted the name Mars Logistics, when it expanded into air, maritime, insurance and integrated logistics services. By 2016, the company evolved its services to provide railway transportation, vocational education in logistics, international transportation, milk run operations and exceeded 100,000 cargoes and 1,820 self-owned vehicles.

All in all, the next three years are predicted to be a transformative time within the city, particularly within the logistics and transportation industry.