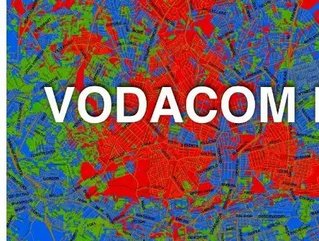 In under a month Vodacom has managed to more than double the number of LTE-enabled base stations on its network.

The company now officially has more than 400 LTE-enabled base stations live and is ahead of schedule to meet its target of switching on 500 sites by the end of 2012.

As part of its push to rollout the new technology to cities across South Africa, the company has also announced the commercial launch of LTE services in Durban. Cape Town is expected to follow before the end of the year.

Alberts Breed, Vodacom's Managing Executive in KZN, said: “The fact that our engineers have been able to reach over 400 LTE-enabled sites in such a short space of time is no mean feat.

“Their hard work has meant that we can be the first operator in South Africa to provide our customers with a commercial LTE service in Durban.”

Durban marks the third town to benefit from LTE after Johannesburg and Pretoria.

Breed said: “To start off with we have rolled out the technology to a small number of sites - mainly around the Umhlanga area -  but we plan to grow this number in the coming months.

“In fact, the plan is to have more than 60 sites up and running across KwaZulu-Natal by the end of the first quarter of next year. What's more, we have also recently completed a total upgrade of the existing network in the province.

This upgrade, together with the launch of LTE, has increased capacity and improved our overall network performance,"

LTE, or Long Term Evolution, was first launched in South Africa by Vodacom in October this year.  The technology, which has the capability to operate at speeds of up to three times faster than 3G technology, is ultimately a game changer when it comes to how people experience the internet.

The LTE service is currently available to Vodacom Contract customers and will be available to Top-up and Prepaid customers in 2013. It also requires customers to use a 64K or 128K SIM card.