Egypt to invest in Chinese-funded electric train for new capital 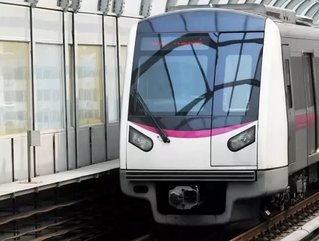 Egypt has resolved to invest on a US$255mn electric train project that will run to the country’s planned new administrative capital.

The construction of the railway, which will connect the Cairo suburb of Al-Salam City with the new metropolis east of Cairo, is set to start within two to three months, the head of the National Authority for Tunnels (NAT), Tarek Gamal Al-Din, said on Tuesday.

China will also fund the new train which, according to officials, will save millions of dollars in fuel subsidies and reduce traffic.

The project will be financed through a loan from China to be paid back over 20 years.

"China is more a partner than an investor," Mohammed Shehata, Head of the Egyptian Transport Association (ETA) told Xinhua.

After it is completed, the project is expected to save the state EGP 2.3bn (US$130mn) in fuel subsidies and vehicle traffic.

It will also cut traffic by 30% on a highway connecting the capital to the Suez Canal at Ismailia port city, northeast of Cairo.

The train will be able to transport 340,000 passengers daily.

Covering 68km, the railway will mostly be above ground, and will run through the northeastern Cairo suburbs of Badr and Al-Shorouk.

The investment comes as a welcome piece of news for Egypt’s transport sector, following the fatal train crash on the outskirts of Alexandria last week.

Following the accident, Egyptian President Abdel-Fattah al-Sisi urged the government to hurry up with the development process of the country's railway network to avoid deadly train crashes.

Over the past 15 years, Egypt has witnessed several deadly railway crashes that signalled poor railway conditions and a lack of necessary railroad maintenance.

"The service that transports millions of Egyptians should be fully updated for the safety of passengers," Shehata insisted.