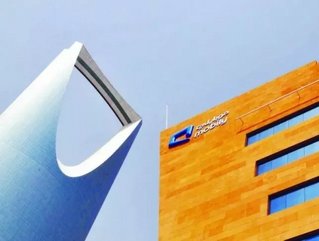 Mobile is booming in Saudi Arabia. Indeed the entire Middle East is embracing the world of remote connectivity and arsenals of statistics can be used to portray how much of a powerhouse the region is becoming.

Drilling down further, mobile broadband networks account for 63 percent of total mobile connections in Israel, 59 percent in Turkey, 55 percent in the UAE and 54 percent Saudi Arabia. These are higher rates than many so-called developed markets – Western Europe averages around 50 percent.

Consumers in the region are becoming more demanding, with companies such as network specialists Ciena and service provider Mobily constantly evolving their offerings to keep pace with the upward industry curve.

The mobile market in Saudi Arabia shows no signs of letting up, especially given the average person owns two mobile phones. They are being used everywhere and for almost everything.

According to Google’s My Mobile Planet, 58 percent of Saudi smartphone owners use their devices to window-shop, 47 percent track job offers and applications and even 43 percent use their phone to search for new homes. A massive 95 percent watch videos on their mobile.

Ciena is modernising networks across Saudi Arabia and the rest of the region so they can adapt to the pressures attached to this proliferating trend. Omar Alsaied, Middle East Carriers Sales Director, pointed towards three key factors as to why Saudi Arabia is showing itself as a global mobile leader.

“The region is very young, the majority of the population is below 30 years old,” he said. “They are all very tech savvy and use social networking, and their expectations of service providers is extremely high.”

In the Middle East as a whole, around 45 percent of people are aged under 20 and part of communities embracing family togetherness.

“Culturally, we are a very social society,” Alsaied added. “People treasure family gatherings and face to face interaction which is now supported by social networking. Saudi Arabia has one of the highest numbers of YouTube and Twitter accounts in the region.”

“Thirdly, the region is economically very active with huge projects everywhere forcing the network to continue to adapt and make use of mobile technologies. Individuals here have very high buying power also.”

The need for networks

The demands of individual consumers and businesses alike presses the need for cutting edge networks and mobile infrastructure.

Alsaied said: “The past few years have moved on fast from 2G and 3G to 4G and LTE with 50 percent of the mobile data traffic is coming from video downloads such as YouTube on peoples’ handsets. The demand for bandwidth is huge in Saudi Arabia.”

Networks to carry such demand must be intelligent and have the ability to allow service providers to create new applications and offerings. Alsaied also noted that these networks must have programmable interfaces which enables its users to adapt to the explosive bandwidth in the region.

Ciena has been carrying out important work with Mobily, holder of more than 40 percent of the Saudi Arabia’s mobile market and our flagship company profile in this month’s Business Review Europe and Middle East.

Their work together in recent years neatly follows the industry’s gargantuan rise. In December 2013 they teamed up to trial a one terabit network trial in Riyadh for public service and enterprise customers, a tenfold increase on the breakthrough achievement of launching the first 100GB network in 2011.

This year Mobily and Ciena have combined to provide Advanced Connectivity Services to businesses. With this financial, government, healthcare, education, information technology and manufacturing sector clients have access to ‘bandwidth-on-demand’ connectivity.

Commenting in a company release made in February 2014, Alsaied said: “Enterprises and public sector organisations in the Middle East are hungry for services that are designed to their specific requirements and are easily available and scalable when needed.

“Mobily is making this possible, monetising its network to offer market-leading enterprise services with the support of a network that has been purpose-built for the cloud era.”

There are no signs that the mobile boom will slow up in the near future as the days of the early 2000s where mobile penetration rates sat at around 10 percent feel like light years ago.

In the mid to long term, huge-scale infrastructure projects promise to uptake the latest mobile networks.

“This will not slow down at all,” Alsaied added. “Construction is massive across Saudi Arabia, UAE, and Qatar, the whole region is building new infrastructure and this will consume more and more mobile data.

“For example King Abdullah announced 11 new stadiums in 11 cities – all of this will bring next generation connectivity to the users and the businesses. Global events like the Dubai Expo 2020 and Qatar World Cup 2022 will drive massive technology adoption.”

With the demand firmly in place, it will be up to companies such as Ciena and Mobily to deliver the vital network infrastructure and services to deliver ever smarter mobile operations.