[Feature] Why the Middle East is Winning the Smartphone Race 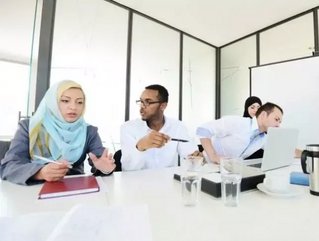 Smartphone saturation is well and truly occurring in the Middle East.

According to Google’s Our Mobile Planet Survey, smartphone penetration rates are at around 74 percent in the UAE and Saudi Arabia, the highest in the world and rivalled only by Singapore and South Korea. Europe’s highest rate of 67.5 percent comes from Norway.

The Middle East and Africa (MEA) region as a whole is only second to Asia Pacific, with 21.3 percent of mobile phone users now owning smartphones, up from just 1.5 percent in 2009.

Ipsos reported that mobile now represents the second largest media consumption platform across the UAE, Saudi Arabia, Lebanon and Egypt. Indeed, around 40 percent would rather give up their TV.

Another rapidly developing field helping to boost smartphone uptake in the Middle East alongside digital media is the ever-bloating app market.

Google revealed that on average users in the UAE have 23 apps installed on their phones compared with 28 in Saudi Arabia, with this number set to rise in the coming months and years.

The Middle East has attracted large numbers of manufacturers looking to take advantage of the demand for smartphones, especially low cost models in developing nations as penetration rates look to catch up with the wealthier UAE and Saudi Arabia.

Alexander Rauser, CEO of Dubai-based app developer Prototype Interactive, believes that heavy investment in IT is behind the region’s leading position in the smartphone race, as well as the adoption of apps by businesses to perform vital processes.

“The Middle East is catching up on all related trends such as BYOD, mobility services and the cloud,” he said. “Alongside this has been somewhat of an app-boom when it comes to business apps.

“Two years ago companies would spend their digital budget on social media; now they spend it on apps. We foresee 2014 as being the year of consolidation with more strategic investments when it comes to digital assets.”

Popular apps include those in utility and services, from location-based review apps to voucher and discount applications. Mobile wallet and payment apps are also being more widely adopted across the region.

“We have developed over 40 apps for companies in the Middle East, and one which stands out is an application developed for Aramex called DropBox,” Rauser said. “It allows customers to create shipments using a custom Android Kiosk application.

“The application and device is placed in stores and acts as a self-service desk for customers to send packages. It shows the app market is going far beyond consumer apps and we are now seeing companies implementing apps and hardware to solve real business challenges and replace desktop PCs.”

Rauser also pointed to the work of governments and authorities in taking up smart practices, no better demonstrated than in the UAE with its Smart Government initiatives.

The Dubai Chamber of Commerce and Industry is a leading institution in the adoption of such methods.

It recently launched an application for iOS and Android which has Chamber information, products and services, upcoming events, press releases and an archive of videos. It is also possible to apply for jobs and register for Chamber events through the app.

“Our app also follows a directive for Dubai to become a ‘Smart City’, with government services available to people 24-7. This is going to be a big driver of smartphone and online technology usage in Dubai for both the public and private sectors in the future.”

“We are seeing more and more companies in Dubai mobile technology to their advantage and launching innovative apps and services.”

The rise in smartphones and app usage has brought with it a proliferation in cybercrime to the region, something which local consumers are not fully aware of.

Ray Kafity, Regional Sales Director, Middle East, Turkey and Africa for mobile security experts FireEye, said: “Consumers in the Middle East are starting to become aware of the need to secure their smartphones; however, security is not a deciding factor in purchasing decisions. The users do not realise the risks associated with accessing business emails on their personal devices.”

“The public and businesses in the Middle East need to be more aware of the dangers they are exposing themselves to, especially in the case of Android platforms, where apps are often the target of phishing and malware attacks.”

Kafity warned that most free apps are not actually ‘free’, in the sense that these applications obtain large amounts of information about the user without permission, which can lead to hackers collecting web browsing history, bookmarks, SMS contents, current and previous locations, installed apps and recent phone logs.

The fact that smartphones are always online and connected to phone networks allows cyber criminals generate money through premium SMS scams, phone calls and toll number services. Sophisticated hackers also mine SMS information in order to deploy it in other attacks.

FireEye’s Mobile Security Management is a hybrid cloud offering that provides real-time visibility into threats on mobile devices, and the company is also preparing to educate the region’s smartphone users in preparing for threats.

“First, users should use antivirus software on smartphones, not use Wi-Fi hotspots and turn off Bluetooth detection so that others can’t access their phone.

“Second, they should consistently check for malware by conducting regular scans. Finally, back up your data regularly. Most smartphones can back up critical data and settings via a simple synchronization with either online storage (such as the Cloud) or at any general computer system.”

So while the Middle East witnesses a smartphone and application boom, the dangers posed by cyber criminals make it equally important for users of all kinds to remain just as tech-savvy with mobile security as they are with the latest on offer from Google Play.