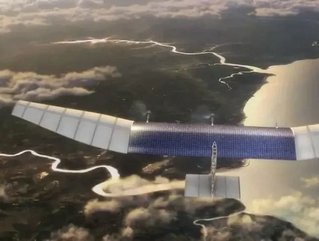 Facebook is joining forces with the likes of Nokia, Qualcomm and Samsung to develop aeroplane-sized internet drones that will provide web access to some of the most remote parts of the world.

The social media giant made public its plan to use connectivity drones earlier this year, and now Yael Maguire, engineering director of Facebook’s Connectivity Lab, has told the Social Good Summit in New York that robots will fly at 65,000 feet and could be operational by 2018.

The partnership, Internet.org, states its ambition is “to make Internet access available to the two thirds of the world who are not yet connected, and to bring the same opportunities to everyone that the connected third of the world has today”.

Powered by the sun, the drones are set to be tested over an unspecified US location over the next year in the hope that they will prove to be among the cheapest and most effective solution for areas lacking cable and infrastructure to provide telecoms signals.

The drones act like mobile masts, transmitting smartphone communications between satellites and base stations on Earth.

In a report the partners said: “When people have access to the internet, they can not only connect with their friends, family and communities, but they can also gain access to the tools and information to help find jobs, start businesses, access healthcare, education and financial services and have a greater say in their societies.”

The hovering height of 65,000 feet is well above that of commercial aeroplanes and high enough to stay safe from potential weather difficulties, meaning the drones can remain in the air for months on end.

Only 2.7 billion people have access to the internet today, approximately one third of the entire global population, a fact Facebook boss Mark Zuckerberg is determined to make a thing of the past.

Internet.org is exploring the possibility of connecting people through means other than drones. For example, it has launched an app that provides free basic services in markets where Internet access may be less affordable.

It allows people to browse selected health, employment and local information websites without data charges. Initially launched to Airtel customers in Zambia, the app will continue to expand into other parts of the world.