Hard Disk vs Cloud Data Storage: What is best for your Business? 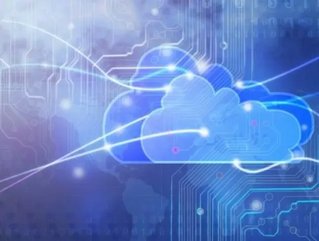 More businesses than ever are making the move to centralised cloud storage. Cisco reports an estimated 35 percent compound annual growth rate in cloud data centre traffic between 2014 and 2017.

The cloud’s massive growth can be partly attributed to the fact that it has made businesses some fantastic promises. It claims to reduce IT maintenance and power costs, better protect businesses from problems with data loss and make the whole company network accessible off site, enabling staff to work from home and on the move.

However, there are other factors to be considered around a potential transition to the cloud. A major concern for businesses considering a move is data security. A recent report by the Ponemon Institute shows 51 percent of blue chip IT professionals believe the cloud increases a company’s risk of a major data breach.

One of the key enduring benefits of physical storage systems is that it lets companies retain full on-site control of their data. Once sensitive information has been deleted from their server, it cannot be recovered by unauthorised parties.

Businesses using physical storage also don’t have to worry about supplier stability. Cloud services can change, or suppliers can withdraw the service altogether, leaving businesses with the inconvenient task of moving all their data to another provider. Additionally, while an internet connection going down is disruptive at the best of times, for those using cloud storage it’s potentially catastrophic, preventing employees from being able to access any of their data.

Businesses need to ask themselves exactly what they need from their storage system. For many small companies, particularly micro businesses, start-ups, virtual businesses and small businesses with employees based all around the world, cloud storage provides greater flexibility, massive savings on IT costs and a reliable infrastructure.

However, that question of costs doesn’t always add up, particularly for slightly larger businesses. Businesses need to look at exactly what they’re buying from cloud providers, as there are often additional charges for such services as 'put and get' (sending data to the cloud and getting it back). There can also be charges for disaster recovery testing, in which the cloud provider stress tests the system to ensure against failure.

Disk space and bandwidth are relatively inexpensive. This can mean local storage works out cheaper, depending on the business’s requirements. Some examples of good systems with varying memory requirements include the Seagate Enterprise Performance 10K HDD, the Buffalo TeraStation III NAS server or the HP ProLiant ML350p Gen 8.

If an SME does decide to make the move to cloud-based storage, the transition should be as painless and cost-efficient as possible. Some services are easier to set up than others. Small businesses and start-ups should opt for a system that can be implemented without the aid of IT personnel, and onto which new users can be added quickly and effortlessly as the business grows.

Dropbox is popular among some companies, because typically employees are familiar with the format and may already have personal accounts set up. Box is an established provider priced more competitively than Dropbox, but lacks unlimited file storage limits.

Livedrive, Carbonite and PC World Business’s own Knowhow Cloud service are highly popular, and their features may be a better fit for businesses than either Dropbox or Box. However, businesses must remain aware of extra service costs with certain suppliers, such as larger data limits or additional encryption to make sensitive data more secure.

Businesses thinking about making the transition to cloud storage should take a close look at their current and future requirements. If they need the flexibility to scale up quickly, to support a network of remote workers or cut costs on IT infrastructure, the cloud could suit them very well.

If however, they’d prefer the peace of mind of restricting access to their business data and currently have cost-effective IT support, they might be better off sticking with hard-disk based storage.