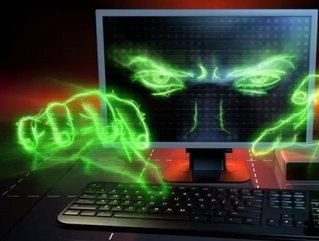 Detailed revelations in the media, across Europe, of cyber espionage tactics have surprised many in the past year.

Just recently British spy agency GCHQ have recently hit the headlines and highlighted the increasingly sophisticated tactics being used by both the authorities and cyber criminals alike.

This followed the widespread publishing of information on the UK Government’s intelligence agency, revealed by US whistleblower Edward Snowden, which showed that applications to phish personal details from social media websites were readily available.

These applications, which mainly target social media users, are an insight into the front line of hacking techniques available today.

Businesses have been struggling on a global scale with hacking and phishing attacks and this has been highlighted within Europe in recent months. One of Europe’s largest telecoms providers, Orange, has been hit by repeated attacks resulting in data leakage falling into the wrong hands.

The mobile phone retailer revealed that 1.3 million of its customers’ data had been compromised including - names, email addresses, mobile and fixed telephone numbers, names of mobile and internet operators, as well as dates of birth.

In this instance it is believed that the hackers were plotting to send counterfeit emails to customers in an attempt to get them to use a click-through link and lead them to an undesirable site.

Vodafone Germany also reported the loss of two million of their customers’ personal and sensitive data. The information was stolen from the company’s internal database and the telecoms giant advised customers to be vigilant.

Although you may think social media use might be low in your office, regular sites such as Skype and LinkedIn are included in the list of threats and can often be highly trusted sites. An application to source real-time call records, instant messages and contact lists from Skype, dubbed ‘Miniature Hero’, was listed as an application being regularly used.

A recent study by Barracuda Labs recently revealed that, of all the social networking sites, LinkedIn was the most trusted by users. This, coupled with the fact it is so popular amongst business professionals, makes it a serious threat to business.

With companies across Europe being targeted, it is important for businesses and their employees to remain vigilant to threats or they could stand to lose competitive information, corporate secrets and financial data.

Education is the key

If staff are unaware of what to look for then it is time to familarise them with the enemy. The most venerable channel is likely to be via email. With so many employees having access to emails this is likely to be an avenue that is compromised.

Emails that include click through links, which are common from social media sites, cause problems as the email could be a malicious one with the link leading the employee astray, despite looking genuine.

Advise staff to always take note of the registered email address they receive updates from. Checking the address the email is from will only take a matter of seconds.

Ensure software is up to date

It is vital to make sure company defences are working to their full potential.

Protect databases by using Firewalls and again, it is key to run updates to keep software up to date.

Being proactive and making sure a business is protected is now more crucial than ever but can be achieved by spending a few minutes on the education of employees and updating defences.