How technology is helping to empower women and improve education 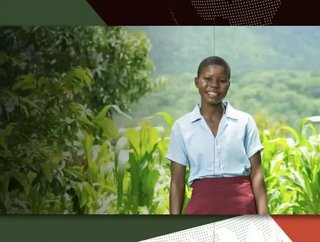 Beginning its operations in 1993, CAMFED is an international non-profit organisation that strives to tackle poverty and inequality by providing support to girls to keep them in school and empowering young women to step up as leaders. CAMFED has supported more than 3.3 million students in Zimbabwe, Zambia, Ghana and Tanzania to attend primary and secondary school, with 5.7 million benefiting from improved learning environments. “CAMFED envisions a world in which every child is educated, protected, respected and valued, and grows up to turn the tide of poverty.”

When it comes to poor education for girls in Africa, Angie Murmirwa, Executive Director of CAMFED sees poverty and gender inequality as the root course. Poverty could be drastically reduced by two thirds in Africa and the economy could increase by more than US$1bn if girls received a proper education and completed their secondary education. However, currently in Africa children in the poorest regions are reported to be nine times more likely to be out of school than those not in poverty. Further reports show that in 2018, sub-Saharan Africa had 52.2 million girls of primary and secondary school age were out of school, with only 8% of those who do attend primary school, going on to attend secondary school.

Esnath Divasoni, Zimbabwe member of CAMFED, currently sees a lot of psychological barriers within Africa when it comes to female empowerment. “We are still facing a business environment that is unequal and unfavourable to women, who are not respected in the same way as men,” says Divasoni. “Women are still expected to look after the household and other family members, while fighting the battle to be much better in business than men in order to be recognised in the same way. What we need are networks, like the CAMFED Association (CAMA), where women can support each other to succeed.”

Other members of CAMFED include Salome Chitubila (Zambia) and Nancy Musa (Zimbabwe),who both agree that there is a lack of educational empowerment. “Our educational systems lack schemes to cultivate and promote an entrepreneurial mindset at a very tender age,” notes Musa. Chitubila adds that “if there were more of an emphasis put on these important factors, development of personal businesses would be inevitable and a better understanding of progressive projects in communities would be heard. Women need to know that they are independent, able to own their own enterprise, make the right decisions without dependency and stand on their own feet to protect their rights.”

Divasoni stresses that a young woman looking to receive an education and get into business must be vigilant, active and know how to sacrifice. “Follow your passion, and ensure that you have the energy to persevere,” says Divasoni. “Formal education alone doesn’t currently give you the skills and the support necessary for you to get into business. You need true motivation, passion and determination to learn and to stick with it. I would advise not to just to do business for the sake of doing business; if you do that, you will never survive in the business world, because women still aren’t given as much support as men.”

Murmirwa highlights that currently, “many of the schools and communities within which we work have no access, or very limited access to electricity. When we discuss technology, we mean mobile phones and tablets, often charged by solar power.”

However, Murmirwa  believes “the power of digital culture for young women will drive connectivity within the region,” with rural areas benefiting the most. “Digital culture will particularly benefit those in marginalised rural areas to overcome isolation, work together, learn from each other, gain access to learning materials and drive business growth,” says Murmirwa, adding that mobile money will be extremely important, especially for those in business and those receiving grants and loans as “it means that they will be in control of their finances in an empowering way.”

The role of CAMFED

When it comes to technology, Murmirwa comments that CAMFED utilises technology “to ensure transparency and accountability for girls, young women, communities, and donor partners. All of our programme and donor data is held in our customised Salesforce database, a cloud-based system used across all our offices.”

Staff in CAMFED partner schools and district officials utilise mobile monitoring technology to gather school attendance, progression, completion, pass rates and exam data to share with communities the impact of their support for girls, including improved retention and exam results. Murmirwa also highlights that “because of this longitudinal data we can collect about young women, we can also measure longer-term impacts such as average age of marriage, child bearing age and so on.”

In addition to utilising Salesforce’s software, CAMFED has partnered with Impact(Ed) International, to turn its ‘My Better World’ life skills and wellbeing curriculum into a part animated video series, which has recently launched on Kenyan TV. The aim is to reach young people beyond the development and classroom setting, to further drive education. CAMFED has also partnered with Worldreader, to give young women in its network access to thousands of empowering books via an app.

Other ways Murmirwa has seen technology benefit female empowerment include CAMFED’s implementation of its e-reader literacy programmes, which has seen given young women greater confidence and authority as digital experts. Other technologies that Murmirwa sees applications such as WhatsApp “transforming the way young women are able to connect and communicate with each other.”