The impact of digitalisation on the African payment landscape 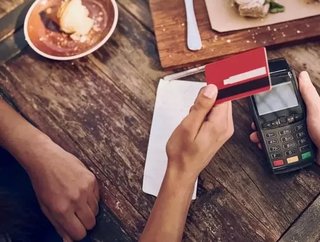 Corrie Bakker, Head of Business Development & Strategy, PayU, Africa discusses the impact of digitalisation on the African payment and finance.

Around 31% of adults globally remain unbanked, according to the Global Findex Database. In fact, 66% of Sub-Saharan Africans did not have a bank account as recently as 2014.

However, an increase in the digitalisation of financial services has transformed the African payments landscape, particularly in Sub-Saharan Africa where a focus on technological innovation has seen mobile money become a considerable part of the payment ecosystem. The rise of smartphones and mobile wallets in the continent has seen cross-border payments capabilities expand, in turn facilitating growth in cross-border commerce and e-commerce activity. There are currently around 65.4 million e-commerce users in Africa and the number is expected to rise by another 20 million over the next two years.

McKinsey asserts that global business leaders who don’t understand this potential run the risk of missing out on one of the greatest growth opportunities of the 21st century.

Africa hasn’t been sitting on the sidelines as the rest of the world had gained e-commerce capabilities and access to new services through technology; the continent has had to overcome some significant hurdles in infrastructure and access to technology for underserved communities.

The cross-border payments landscape in Africa is increasingly changing due to technological transformation. McKinsey’s found that, of the top 200 US merchants, over 60% do business in at least two cross-border markets. In particular, Africa has witnessed a rapid growth in cross-border trade, led by the expansion of financial services through fintech innovation.

Yet, cross-border commerce and the payments facilitating it certainly does not come without challenges. Cross-border payments have long battled with issues caused by legacy systems such as a lack of transparency, complex regulations and legalities, system inefficiencies and limited access to reliable and recognisable payment options. Indeed, due to these complexities, over 80% of Africa’s trade is exported outside the continent, which is  the opposite scenario to what occurs in most other parts of the world (Brookings). As the African Free Trade agreement works to overcome these complexities, the region will see challenges such as conflicting currencies transactions (previously converted to dollars) streamlined and the speed of cross-border payments increase, making trade and e-commerce easier for merchants and consumers alike.

Another challenge faced by many cross-border merchants is a reliance on traditional methods of credit authorisations. Understandably, many merchants from mature markets are hesitant to lower their risk threshold by relying on non-traditional payment verification models. Yet, this means that it can be incredibly difficult for businesses and customers to connect with each other.

Fortunately, the rise in smartphones brings with it a rise in data and corresponding new techniques that are being used to build credit intelligence and more accurately understand an individual’s credit rating.

The challenge is to determine a credit score and, further to that, trust between the lender and borrower. Traditional measurements employ factors such as payment history and length of borrowing, many of which are unattainable for unbanked populations. This entanglement of rules and traditions ignores the market context of the individuals and business owners involved. Simply put, it ignores the new resources that are readily available.

Payments providers should look to work with the available information on the unbanked population in this region and adapt financial models accordingly, in order to create equal opportunity and fair evaluations. Mobile wallets, for example, are creating a treasure trove of information that was previously a mystery for businesses. Where companies are already acknowledging and flexing to the specific market opportunities, PayU’s research reports that those surveyed in Africa were twice as likely to say they have access to credit than other regions, and was the only region where people used mobile money providers more than traditional banks for credit.

The demand for cross-border trade is fuelled in part by the global rise in smartphone payment capabilities, which brings with it a corresponding rise in accessibility to alternative payment platforms and methods, and data about customers’ spending habits and earnings. In a region that has historically intimidated some international investors, the opportunity and available insight is ever more apparent and businesses are, and should be, paying more attention. The region is currently responsible for an astonishing 45.6% of mobile money activity in the world (GSMA). In fact, PayU’s global Financial Prosperity Barometer found that smartphone apps were the most popular way to use a financial service in Africa, and the region came out on top for access.

The potential of the continent is insurmountable and streamlining cross-border payment systems even further is crucial to enabling the huge growth of cross-border trade and activity that is possible. Opening up African countries to more trade is vital to allow these markets to continue innovating and developing.

While the growth of e-commerce across the continent has been driven by increased internet penetration, improved economic conditions, streamlined consumer experience and a growing middle-class population, there is another factor pushing e-commerce forward – improved cross-border trade. Initiatives such as the African Continental Free Trade agreement highlight the continent’s appetite for cross-border trade and its work to modernise both regulation and processes. This agreement, pioneered by the African Union and signed by 54 members of the state, requires members to remove tariffs from 90% of goods, allowing free access to commodities, goods, and services across the continent.

The African e-commerce market is sitting on the verge of explosive growth – a market that has already been successfully harnessed by e-commerce entrepreneurs and mobile solutions such as Jumia, Mall For Africa, PayU and M-Pesa.

It is clear that there is a need for even further developed cross-border payments to facilitate the increase in international trade and e-commerce. With this rise in demand for innovation there is increased pressure on both banks and payment systems to come together to develop the cross-border payment process; in turn enabling these transactions to handle an increased volume and ensure efficiency in the financial ecosystem.

A spotlight on Kenya

Kenya is considered a young country, since one in four of the population is under the age of 35, and it is due to this that there is a growing tech-savvy population and, subsequently, a massive potential for e-commerce. The internet accessibility in Kenya is the highest in the whole of Sub-Saharan Africa, with internet penetration at 89.4%.

Mobile money, on par with the rise in mobile phone users, is considered the foremost alternative payment method after cash in Kenya. These payment methods, account for approximately 95% of all transactions, whereas only 1.8% of online shoppers pay using credit and debit card.

According to a recent study by McKinsey, electronic-payments revenue in Sub-Saharan Africa could reach up to $16 billion annually in the next few years if the growth of mobile payments in Kenya is repeated across the continent. This highlights the growing importance of digital wallets across the region for facilitating increased e-commerce activity.

The beginning of the e-commerce revolution

By the end of 2018, there were 395.7 million registered mobile money accounts in the region, representing nearly half of total global mobile money accounts (GSMA). The digitalisation of payments coupled with greater access to the internet provides an opportunity for financial services providers to reach the previously underserved audiences within Africa. If payment solutions can provide both business and consumer with reliable, secure and trusted payment infrastructure whether domestically or across border, they can capture a significant share of the growing e-commerce market. Africa has the potential to embrace the eBays and Amazons of the world with a population hungry for digital innovation, and can even create a few of its own as international investment is made easier and more appealing.

What we see next is reliant on entrepreneurial mindsets, bold decisions, and reliable partnerships. Smartphones have been the first step in revolutionising the payments landscape in Africa; this is only the beginning.