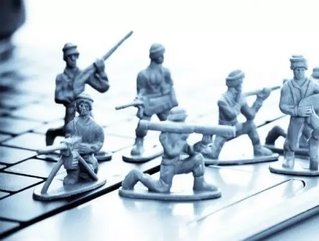 There is now a greater demand for cyber security professionals in the UK than ever before as companies adjust to the increasing threat of cyber attackers.

New data from Technojobs, one of the UK’s leading technology job sites, has revealed a significant rise in the number of permanent cyber security jobs over the last year, demonstrating an increased demand for qualified employees in this sector.

As of October 2014, job vacancies in cyber security have risen by over 100 percent since the same point last year, positioning it as one of the UK’s most sought-after IT skills – Technojobs currently has nearly 2,000 Security related jobs live on its website.

READ MORE: How to Protect Your Business Network from Intelligent Cyber Criminals

Anthony Sherick, MD of Technojobs, believes that the increased demand for cyber security professionals is a prime example of the current skill shortage across the IT and tech industry.

He said: “From the data it is clear that the cyber security sector is suffering from a problem of supply and demand.   This demand will continue to grow especially as hacking scandals and cyber-attacks continue to hit the news – from the iCloud celebrity photo hacking and the cyber-attack on eBay passwords, to the recent hacking of the White House computer systems.

“In addition, Government demand for security specialists is massive and at its highest levels as it continues to monitor national UK and international threats.  It is now more important than ever to invest in the right training and skills – and this requires schools, universities and businesses to develop a pipeline of talent capable of filling these vacant cyber security roles.

“The massive rise in the UK’s tech industry has been illustrated by the number of jobs that are now empty. If there continues to be such a distinct lack of skills, businesses will find it increasingly difficult to recruit employees from the UK with appropriate skills, stunting the growth of the economy.  More importantly with Cyber Security leaving our citizens and national security massively exposed.”