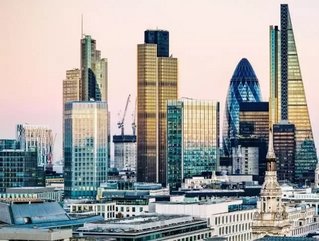 The Language Big Data Alliance (LBDA) is to host a major summit in London later this month.

Formed by leading research institutes, universities and government departments from around Europe, the LBDA works to create solutions in the fields of Big Data and artificial intelligence.

Now it is to host a summit in the United Kingdom for the first time on Friday May 25th at St James's in London, where a number of high-profile executives, including the Chief Executive Officer of Ipsos MORI Ben Page, will deliver keynotes.

Across the day there will also be panel discussions from high calibre speakers and key-decision makers in the research, education and technology sectors.

"The ultimate goal of this Summit is to recruit partners and other long-standing members of the LBDA and unite them with the partners in our ecosystem to help further the mass adoption and application of AI and Big Data in educational, technological and scientific research in Europe," said Eric Yu, co-founder and secretary general of the LBDA.

LBDA has more than 200 global members and partners including NGOs such as United Nations Industrial Development Organization (UNIDO) and Conférence Internationale Permanente d'Instituts Universitaires de Traducteurs et Interprètes (CIUTI), government and regulatory bodies as well as international educational institutions from all around Europe, the United States and Asia, including University of Vienna and University of Bristol.