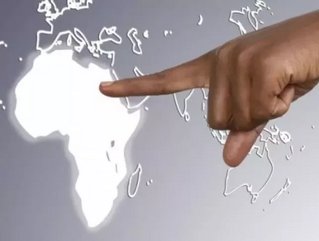 Liquid Telecom has raised $150m as part of an effort to extend Africa’s superfast fibre optic network and deliver broadband speeds that exceed those seen in the developed world. The money will be spent on building a state of the art facility for the company.

Liquid has already laid over 18,000km of cables across Eastern Africa and aims to connect another 100,000 homes by the end of the year. Typical download speeds could reach up to 100mbps – a rate that dwarfs the UK average of 20mbps.

Chief Executive Nic Rudnick claimed: “Kigali will have fibre going past every house this year,” but still maintains that “it will need some clever ideas to get all of Africa.”

Increased connectivity will play a crucial role in extending the capabilities of electronic banking across the continent and at a global level. International banks will be able to co-ordinate their operations in their client countries with greater efficiency and speed. Local retailers could well see a benefit from increased electronic payment availability and security.

Liquid Telecom is planning to enter three more African countries this year, which builds on the 15 that their fibres already cover.

The potential benefits that high speed broadband could bring to the African continent are incalculable, precipitating great social and economic change, as well as huge opportunities for investment.

A fast, modern telecommunications network in Africa could be the beginning of something very powerful.