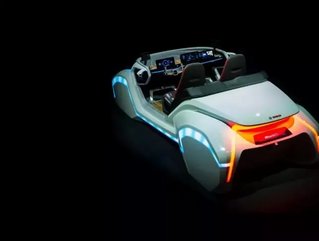 “The connectivity of cars with their surroundings and with the internet is a key challenge for future mobility. In this way, we are making connectivity a personal experience and giving people more time for actual living, even while driving their car.”

This is the bold statement made by Dr. Dirk Hoheisel, member of the board of management of Bosch, which has just unveiled a new show car.

The German company is seeking to create a vehicle that genuinely knows its driver in a bid to offer more convenience and comfort. And the features are numerous…

The driver monitor camera recognises the driver and adjusts the steering wheel, mirror, and temperature accordingly. The car also sets the colour scheme of the display and automatically loads appointments, favourite music, the latest podcasts, and the navigation destination that the driver programmed while still at the kitchen table. The driver monitor camera even detects fatigue and microsleep at the wheel, both of which are often the cause of serious accidents. It is usually possible to spot the onset of these early on from movements of the eyelids. The system determines the driver’s ability to concentrate, or degree of tiredness, and issues a warning if necessary.

If this fails, the driver tiredness detection system constantly monitors the driver’s steering behavior so can intervene directly in the event of abrupt movements.

The human machine interface (HMI) turns cars into personal assistants on four wheels. This interface between people and vehicles provides drivers with important information when it is needed and is an attentive alert companion in every situation. It uses ultrasonic sensors that produce a noticeable resistance whenever the driver performs a gesture in precisely the area that the camera records. This makes gesture control even easier to use and less distracting for drivers, since they can change the information on the display, accept phone calls, or call up a new playlist without touching it.

The show car also demonstrates how cars are turning into people’s third living space thanks to automation and connectivity.

According to Bosch’s “Connected car effect 2025” study, automated driving could enable people who drive a lot to make better use of some 100 hours of their time each year. Once the car detects that automated driving is possible and the driver agrees to hand over control, the car takes over.

The car also talks to the house. Mykie, the Bosch kitchen assistant, can suggest recipes online in the car, and a glance from the car into the connected refrigerator will show whether the necessary ingredients are ready at home. Connectivity between cars and smart homes comes into play before the journey starts: as soon as drivers enter the car, a display shows them the status of their own home. Has a window still been left open? Is the door locked? It takes just a gesture or a fingertip on the display to automatically lock the doors and monitor the status at home.

Moreover, the connected car is also linked to the repair shop. It notifies drivers when an inspection is due, it schedules an appointment at the repair shop upon request, and it can ensure the necessary spare parts are in stock when it gets there.

Bosch certainly believes that the future of driving is becoming a reality at rapid speed. Numerous companies are demonstrating that the technology is there to be implemented. Governance and legislation is what many commentators are saying will need to catch up if we are to see cars like this commonplace on our roads.