Milestone for the UAE's rail network 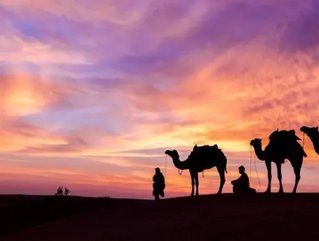 Etihad Rail, the developer and operator of the UAE’s national railway network, has officially handed over control of the Operation Control Centre (OCC) in Mirfa to Etihad Rail DB, the joint venture company formed between Etihad Rail and the German DB Schenker in March 2014.

The JV will manage the operation and maintenance of the first stage of the UAE’s national railway network on-site from the OCC located in the Western Region of Abu Dhabi. DB Schenker is part of Deutsche Bahn, Europe’s biggest company in the field of railway operations, which operates the 33,000 kilometre German freight and passenger rail network.

Etihad Rail CEO, Faris Saif Al Mazrouei, led the handover ceremony which represents a key milestone in the operation of the first stage of the UAE’s national railway network. “The OCC is at the core of the railway network,” he said on the occasion. “The qualified staff members working in the OCC are responsible for the overall control and command of the system including all train movements and this move is an important step forward for the project.”

Also attending the ceremony was Shadi Malak, Acting CEO of Etihad Rail DB, who added: “We are very proud of this major accomplishment and would like to thank Etihad Rail for the world class quality of assets handed over to us. Etihad Rail DB’s team of specialists will utilize international expertise and best practice s related to operating in difficult weather conditions to launch the operations of the first freight train in the UAE. Knowledge transfer is a key priority in our Emiratisation strategy and we will ensure that the OCC becomes a training centre and pave the way for Emiratis to become the UAE’s leading railway professionals”

Construction of Stage One of the railway network, which will transport more than seven million tons of granulated sulphur annually for the Abu Dhabi National Oil Company (ADNOC), has been completed and trains are currently running in the Western Region of Abu Dhabi on a trial basis. Etihad Rail’s state-of-the-art network will span approximately 1,200 kilometres, acting as a catalyst for economic growth and sustained social development. Upon completion, the railway will redefine logistics and transport in the region, providing a modern, safe, efficient and sustainable mode of transport that will connect all regions of the UAE to the neighbouring GCC countries.