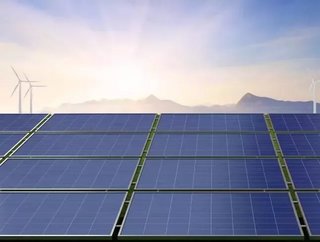 This week it was announced that Abu Dhabi will become the home of the world’s largest solar power plant, highlighting the region’s commitment to sustainable building and utilising renewable energy sources, which are aligned with the UAE Energy Plan 2050.

The new plant will be funded 25 percent by equity and 75 percent by debt, with local and international banks supporting the funding of this debt. The project will also become one of the most cost effective energy projects in the world, with the consortium offering to provide electricity at a non-weighted cost of 2.94 cents per kWh, according to The National.

The plant is set to be named "Noor Abu Dhabi," which means "the light of Abu Dhabi" in Arabic.

Sheikh Hazza bin Zayed Al Nahyan, deputy chairman of Abu Dhabi Executive Council, made the announcement and added that the project is part of the emirate's bid to diversify its economy and provide alternative sources of energy at competitive prices while following the best possible environmental and technological practices.

Expected to complete in 2019, Abdullah Musleh Al Ahbabi, Chairman of ADWEA said, “The tenders for the project was opened in April of last year. We received more than 90 proposals from the world’s largest companies in solar energy, which indicated the investors’ trust in the authority,” he added.

Sheikh Hazza bin Zayed, the vice chairman of the Abu Dhabi Executive Council, also commented, "this project must be associated with the creation of advanced research centres to drive the economic and technological journey, placing the UAE on the world map of knowledge-based economies.”