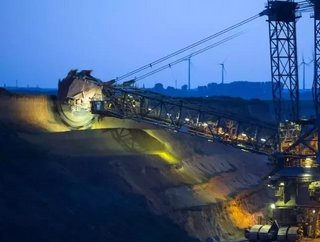 The price for crude oil is falling, and the diesel price is following. This development is triggered partly by the demand side, as China’s economy is not growing as quickly as expected. We can however see a more interesting development on the supply side.

OPEC is sitting on the driver’s seat of the recent oil price tumble. The price of the OPEC basket of twelve crudes recently fell below $28.50 per barrel. A dumping-like strategy by OPEC seems to be aimed at preventing long-term investment by other oil producing nations. An oil price in the twenties means hardly a dozen nations can produce oil economically. Similar consequences arise for related energy forms, such as renewables.

In solar– and wind–diesel hybrid applications, the business case consists of partly replacing expensive energy from diesel with inexpensive solar or wind energy. As diesel prices are falling, the equation seems to be no longer valid. On closer examination, we see that mining companies that typically have huge energy needs for their production processes can actually take advantage of the situation.

More and more investors are willing to finance large solar and wind power plants at remote mine sites and sell diesel reductions or electricity back to miners in so-called power purchase agreements (PPAs). When the oil prices were high, the investors were looking at much higher electricity prices in these long-term PPAs. High diesel prices gave the appearance that there was a large piece of cake to share between the mining company and the investor. In PPAs, the electricity price is often fixed over a period of 20 years or more.

RELATED: African mining companies must prepare for the outcomes of COP21

Many experts see oil prices recovering very quickly because, amongst other reasons, OPEC leaders such as Saudi Arabia need the revenue from oil for their national budgets. Against this background, it is obvious that it is clearly in the interest of intensive energy users, such as mining companies, to lock in low electricity prices over a long period of time. Their negotiation positions for renewable energy PPAs have improved considerably through the recent oil price drop. Clever anti-cyclical decision-making often allows for high profits in the long term.

The business case for renewables at mine sites is often still very advantageous. Long-term investment decisions must take into consideration expectations about long-term developments. “In reality, we still see that more and more renewable projects are now being developed at mine sites,” said Dr. Thomas Hillig, CEO of THEnergy. “At the same time, falling oil prices appear to be slowing the project implementation. Mining companies want to see considerable cost savings immediately.”

With the current oil price development, it would very often make sense to commit to long-term PPAs even if renewable energy prices can only match diesel prices. The cost savings will come in later, as soon as the oil price recovers. If mining companies wait to make their decision, it is likely that they have to pay more for electricity from renewable resources – for the whole contract duration.