Orange Business Services and the UAE: Big, bold and smart 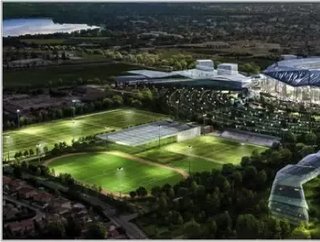 The Middle East is the most exciting region in the world for smart city uptake. Whether it be renovating existing infrastructure or building entire new districts, new projects are popping up at a serious pace. We speak to Orange Business Services, a key player in many of these developments.

The Middle East isn’t doing smart cities by half. More so than any other region in the world, the GCC countries in particular have recognised the need to join up public and private services with technology.

From Doha and Dubai to Al Irfan and Yanbu Industrial City, urban centres across the Gulf nations are making serious investment, drawing in expertise and resource from public and private sectors.

Enter Orange Business Services (OBS). A B2B branch of the Orange Group operating across the Middle East, North Africa and Turkey (MENAT), the 2,000-strong team is implementing smart solutions in six key territories - Saudi Arabia, UAE, Qatar, Turkey, Egypt, Morocco – while working alongside Orange affiliates in Egypt and Jordan. Working with clients at an enterprise, city and country level, the business division is bringing together key stakeholders in regional developments, whether this be through consulting services or design and deployment of its solutions.

Though the concept may appear to be a fairly recent phenomenon, OBS began its smart cities operations more than a decade ago, making it one of the first global operators, large system integrators and digital services businesses to enter what is now known as the smart cities market. With a huge amount of consultation work already complete, the focus is very much now on delivery of big, bold and smart.

In charge of driving the development of smart city projects is Mohammed Adnane Retmi, OBS Head of Orange Applications for Business in the IMEAR Region (Indirects, Middle East, Africa and Russia). Indeed, smart cities represents a major growth area for Orange Business Services, not just in the Middle East but also at a global level.

“A key challenge for cities is to provide citizens with digital services to simplify their day-to-day lives and enhance their economic and tourism attractiveness,” Retmi explains, pointing to the huge potential in the Gulf region. The area holds an enormous advantage over the likes Europe when it comes to urban development – the ability to build from scratch.

“The Middle East, and especially the ambitious, large scale smart city programmes in the GCC – with a focus on Saudi Arabia, UAE and Qatar – are a strategic focus of this global programme due to the unique greenfield opportunities of the GCC.

“The example of the Middle East is revealing. Those countries actively developing smart cities or smart components of urban areas enjoy significant advantages and benefits, from clear and visionary leadership, well organised and very committed approach to projects and the resources to deliver fast results. They are also hungry for innovation and with the benefits of greenfield sites and few legacy constraints, real innovation is a possibility.”

Asked about the common difficulties faced by city planners aiming to turn smart, Retmi highlights three particular challenges. The first of these is a seemingly simple definition exercise, a critical foundation of understanding if any meaningful progress is to be made.

“What exactly do we mean by ‘smart city’?” Retmi asks. “These terms are commonly used but inconsistently understood, so a common lexicon or vocabulary is crucial. For example, a smart city is not an end product or single project but an evolving long term programme or journey, so organising, leading and managing an undertaking of this scale is also a major human challenge.”

Second, and where OBS earns its crust in unifying the interests of stakeholders, is determining a clear vision of the end result of a smart city programme. “It is said that most large projects fail at the beginning not at the end, and usually because of poor planning, including lack of shared vision,” Retmi observes, adding that OBS is uniquely positioned as an operator and integrator, able to deliver a fully-functioning solution to what can be a fragmented ecosystem of technology and services. “Coordination is vital between the various stakeholders on smart city projects. City planners need a partner to help in assessing, designing, building and running smart cities, and play the role of master systems integrator in these very complex smart city ecosystems.”

The third, and perhaps most obvious challenge revolves around financing and ownership. Despite the Middle East being home to world’s most valuable natural resource wealth, smart city developments carry enormous budget requirements, making collaboration with the private sector in models such as PPP and revenue sharing a desirable option.

Despite these significant hurdles, Retmi has already pointed to the Middle East countries’ commitment to thorough organisation and project management. Yanbu Industrial City in Saudi Arabia is a perfect case in point.

Though Retmi has expressed the massive scope for smart cities to be built from scratch, Yanbu is demonstration of what can be achieved on brownfield sites in the region.

“The Royal Commission for Yanbu had a vision for the city which was focused on gaining greater control of information and systems and creating easier operations,” he adds. “It wasn’t any one particular thing like M2M or connected cars powering the plans forward, so Orange distilled that vision down, established what services would bring the right value and ensured that it was scalable.”

Working closely with key partners such as Mobily, Orange Business Services is delivering infrastructure that combines the latest technology with bespoke design. Key elements of the deployment include:

Thanks to these developments, Yanbu is now perfectly placed to be a model of evolved technological architecture and services in the MEA region, bringing connected living to citizens, business and municipalities.

Retmi adds: “Smart cities projects in the Middle East are not just about brand new cities but also brownfield sites such as Yanbu, Riyadh, which aim to become 'smarter' cities, while greenfield developments include new districts in Dubai, Doha, King Abdullah Economic City in Saudi Arabia. Greenfield sites provide the opportunity to interconnect the different services right from the beginning, which is something you cannot do in an existing city.

“To achieve all of this requires the financial and political will that is present in the Middle East. There is also a big difference in scale between Middle East and European smart city projects. The city of Nice for example has put in some smart city components with very focused services. Projects are simply much bigger and more all-encompassing in the Middle East.”

Retmi mentions several other smart city projects in which OBS is playing a vital role, including a partnership with Al Ra’idah Investment Company to develop Saudi Arabia’s King Abdullah Financial District. An investment of more than $70 billion, this is the country’s largest smart city programme covering transport, energy supply and other vital services for citizens and businesses.

The sheer size of the task ahead here and at other smart city sites, both brownfield and greenfield, adds to the challenges outlined by Retmi earlier. “Nowhere in the world have there been smart city projects launched on this scale and with this amount of energy and drive behind them. The big vision, the leadership and the resources are all in place but these are new models and so require new thinking; it is not a question of importing a model from elsewhere.”

According to UN figures, 85 percent of the UAE’s population live in urban areas, a figure set to hit 91 percent by 2050. The Middle East, it is fair to say, is a highly urbanised part of the world.

Retmi concludes: “City-dwellers consume over three quarters of all the world’s energy production and are responsible for 80 percent of CO2 emissions. To help manage energy and other resources in these urban environments, governments in the Middle East are looking towards smart city technology.

“Rapidly increasing urban populations are straining existing infrastructure even while governments look to attract new businesses and industries to support their economies beyond oil. The pressure is on for smart cities to provide the answer.”