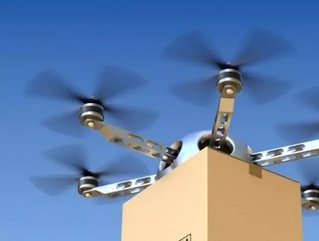 By 2036 workplaces in Europe will have been transformed by technology and processes that do not even exist today, according to eight in ten employees.

New research commissioned by Ricoh Europe and conducted by Coleman Parkes challenges forward-thinking workers to envisage their future work environment – and it’s one that is more interactive, collaborative and streamlined as a result of new technology and the processes that underpin innovative ways of working.

The findings reveal widespread eagerness to use new technologies – in a relatively short period of time – that can enhance and simplify how employees interact with colleagues and information.

Employees from industries such as financial services, healthcare, education and the public sector show strong foresight when considering the innovations set to arrive within the next 10 to 22 years.

More than half expect that within the next decade their employers will have made the following innovations readily available to them:

They also predict that within the next 20 years they will be able to send virtual assistants or holograms (59 percent) to attend meetings on their behalf.

When pressed to think even more boldly, they consider the next batch of innovations to include drones, Bluetooth from brain-to-brain, and carrier nodes (small devices fitted to the ear that allow audio and video data to be transmitted directly to the brain as electronic signals).

Yet despite the widespread excitement and value placed in a tech evolved workplace, less than a third of employees (29 per cent) say their company has a strong appetite for creating new ways of working and deploying technologies to make the future a reality.

David Mills, Chief Executive Officer at Ricoh Europe, said: “It’s exciting to think that the next two decades will bring innovations that not only drive productivity and competitive edge, but inspire employees to think ‘what’s next?’ and ‘how can it help me become more effective?’

“This heightens the need for organisations to review and adapt their traditional ways of working today, paving a more agile path to benefit from future digital innovations. For some, this means a culture change.

“For all, this will allow them to flourish throughout the next 20 years and beyond. Who knows, when we come to the halfway point of the century it may well be our virtual representations rolling out the latest systems and processes while we work to further develop productivity, customer services and business profitability in ways we can’t yet imagine.”

See the infographic for more on the study: http://ricoh.emailsrvc.net/track/dl/2151/Tech_evolved_infographic_EU.pdf