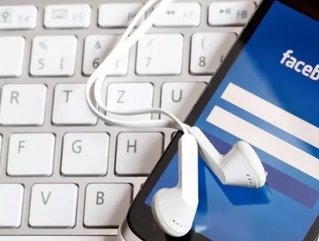 British employees are the most likely in Europe to ignore workplace restrictions on social media, messaging apps and cloud storage apps, according to a new study involving 4,500 office workers launched today by Samsung Electronics.

The research reveals that two in five European office workers (40 percent) are banned from using Facebook at work, or have restricted access to it. Nevertheless, more than two in five UK employees (41 percent) who know their companies restrict Facebook defy their employers by using it at work.

The next highest were the Germans (34 percent), followed by the Spanish (33 percent), Italians (32 percent), and Belgians and Dutch (31 percent).

The nation most obedient to company Internet policy is France, with only one in five (20 percent) French workers knowingly accessing social media against the instructions of their employer.

The research suggests that corporate restrictions on Internet use are fuelled by a lack of trust shown by some European bosses. This ‘trust gap’ is revealed in the finding that barely half (51 percent) of all workers in the survey said that their employers gave them freedom to use technology as they wish, and treated them as if they had good knowledge of technology.

Almost a fifth (17 percent) said that their employers assume that they have very little technology knowledge and impose extreme restrictions on technology.

Commenting on these findings, Dr Dimitrios Tsivrikos, Consumer and Business Psychologist at University College London, said: “From a security point of view, it’s perfectly natural that employers should want to control their employees’ use of technology, to a degree. If, however, they also neglect the contemporary needs of their workforce they may face reductions in employee productivity and engagement.

“The days when employees would simply follow the rules without questioning them are truly behind us. Trust, clear communication and meaningful frameworks are far more effective at facilitating constructive behaviour – both at work and at play.

“Banning technologies and websites in the workplace often has the opposite effect to that intended, as this study shows. Real trust must be mutual. Organisations are far better off observing how employees are working, and then finding ways to make this behaviour compatible with the workplace.”

The need for clear boundaries

Rob Orr, Vice President of Enterprise Business, Samsung Europe, said: “The younger generation is showing what workplaces will look like in just a few years’ time. Businesses cannot afford for their employees to break corporate security and Internet policies as a matter of routine.

“Add in the fact that workers are increasingly using their personal devices at work, and their work devices for personal tasks, and it is evident that organisations need clearly-defined boundaries between both that are understood – and obeyed – by employees.”

The pan-European findings are based on a study conducted by independent market researchers, OnePoll, between 27 May and 9 June 2014, with office workers who use mobile devices, such as smartphones, tablets or laptops, in some way for work.

This research involved 4,500 respondents: 1,000 each in UK, Germany and France, and 500 each in Spain, Italy and Belgium and The Netherlands