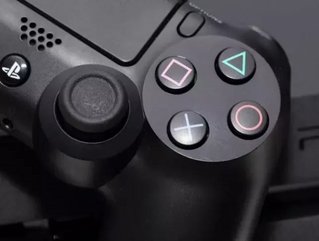 Global technology giant Sony is targeting a significant growth in its Middle East revenues as it nears the end of the 2014/15 financial year.

The Tokyo-based conglomerate turned over more than seven trillion yen over the course of January-December 2014, which equates to around $75 billion.

In the Middle East, the company is hoping to see a year-on-year increase of 15 percent when it comes to evaluate financial year (April 2014 - March 2015) performance.

However, Sony cameras and audio items are seeing sales grow at a stronger rate than TVs, while the accessories arm of the business is expected to contribute more than a tenth of overall income.

Sony is more optimistic on its forecast because of successful cutting of costs and a successful launch of PlayStations and related equipment/gadgets. Q3 results showed a sales increase of six percent to 2.56 trillion yen.

The Sony Boutique at Dubai Mall is also now open. Aiming to provide shoppers - both avid technology enthusiasts and Sony fans - with an immersive experience of Sony products, the 550 square meter boutique features a retail design theme that complements Sony's global philosophy of 'inspiring and fulfilling the curiosity of people around the world and moving them emotionally'.

Speaking at the inauguration, Satoru Arai, Head, Sony Middle East Marketing Company, said: "The retail environment has increasingly become more relevant with customers looking to touch, feel and experience products before making their buying decisions. Such experiential retail marketing demands that store environments are built not just to sell products, but also to recreate experiences giving customers the opportunity to connect with the brand and product.

"Our new Sony Boutique showcases every detail of our latest products and technologies, while allowing consumers to instantly step into our world of entertainment content such as movies, music, games. We are convinced this boutique will hold high appeal not just to tech aficionados with their exacting standards but also to Sony fans and lay consumers who will find technology demystified at this boutique."

Arai added: "Strategically, for us at Sony, the Dubai Mall location has always delivered on its expectations. The outlet alone is set to deliver about 40% incremental sales - making it the single most important retail showcase for us in the Middle East and Africa region."

The new concept boutique features a wide-open storefront to provide an unobstructed view into the world of Sony. From Sony music artists playing on high resolution audio devices to movies from Sony Pictures playing on the immersive 4K TVs, the full breadth of Sony's product range can be enjoyed at one location. Customer expectations are further met with Sony's specialists providing an insight into the technical capabilities of the products and their unique differentiators.