Is Southern Africa about to become ‘energy sufficient?' 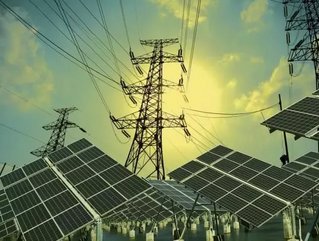 Statements regarding the future of energy production were made at a meeting of the South African Development Community (SADC).

They highlighted that projects currently under construction would mature by this time, contributing an additional 24,062 MW. Revamping existing power plants also has the potential to produce a surplus of 15 percent.

The group expects that up to 70 percent of the 24,062 MW of new generation capacity will be produced from renewable sources.

Remmy Makumbe, director of SADC’s infrastructure and services directorate, noted that the lion’s share of the non-renewably generated energy would be produced by South Africa’s two new major coal-fired power stations, Medupe and Kusile, which are currently still in the construction phase. Once completed, they will have a combined capacity output of over 9,000 MW.

The ministers said in a statement that since 2014, the 13 mainland SADC member states had commissioned 2,199 MW of generation capacity from both new and rehabilitated power plants.

The meeting revealed that South Africa still leads the way in generation capacity; over 80 percent of the SADC members’ newly generated renewable energy has been a direct result of the country’s Energy Independent Power Producer Procurement Programme (REIPPPP).

The ministers in attendance commended South Africa and the Democratic Republic of Congo (DRC) for ratifying a treaty on the development of the Grand Inga Hydropower Project; which South Africa has agreed to take 2,500 MW of power from the next phase, Inga 3.

Makumbe and other energy ministers resolved to fast-track transmission projects that will bring Angola, Malawi and Tanzania into the 12-nation Southern African Power Pool, which is a common power grid and a common market for electricity in Southern Africa.

He also highlighted that said that ministers had agreed that by 2019 all member states should charge tariffs for electricity that properly reflected the production costs. So far only Namibia and Tanzania had achieved what he called “cost reflectivity.”

He made his case for cost-reflective prices, stating that these measures would reduce the cost burden of states, recover the costs of constructing new and existing power plants and would also encourage independent producers to invest in establishing new plants.