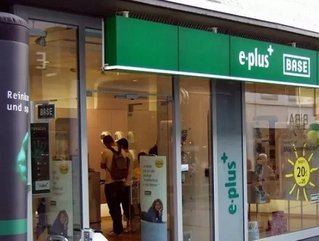 Telefonica’s German business is to sell €3.62 billion in shares to help fund the acquisition of Royal KPN’s E-Plus, a move that will create the largest wireless carrier by customers in the country.

Shares are being sold for €3.24 by the likes of HSBC and UBS and will contribute greatly towards Telefonica’s €8.55 billion transaction involving E-Plus which was recently cleared by the European Commission.

The acquisition, the company's biggest since its $31bn takeover of O2 in 2005, creates a carrier with 45-million subscribers, ahead of Deutsche Telekom and Vodafone.

The Commission originally had concerns over removing competition on two markets in Germany, namely the retail market for mobile telecommunications services and the wholesale market for network access and call origination.

An EU statement read: “The merged company would remain as a larger company only facing competition from Deutsche Telekom and Vodafone as remaining mobile network operators. This would have changed the competitive dynamics considerably and lessened the overall competitive pressure on the market.”

However, these concerns have been allayed with Telefonica able to complete the move for E-Plus providing it can provide adequate finance.

Away from Germany, Telefonica is looking to acquire broadband company GVT, a division of France’s Vivendi SA based in Brazil.