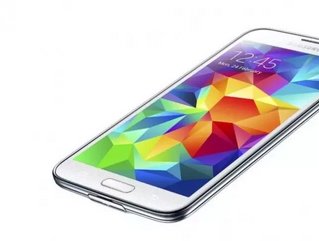 Smart technology is set to be one of the most invested in gift ideas across the world this Christmas as the latest phones, wearables and connected devices make their way onto wish lists of millions.

Business Review Europe looks at ten of the hottest smartphones that can be bought for yourself or loved ones.

One Plus was founded on December 17, 2013 by Chinese entrepreneur Pete Lau. As handsets go One Plus One is THE budget model with oomph.  Smart design, smooth performance and feels expensive-ish. It runs on an Android 4.4 (KitKat) OS and has a 13 megapixel rear camera with autofocus. The 16GB model comes in at £229 (€289, $360) expect to pay a little extra for the 64GB.  A first generation product with a 5.5 inch display, though the quality is not quite as good as say the Galaxy S5.

Announced in October 2014, the Google Nexus 6 looks like being the must have phone for late 2014.  Using the Android 5 Lollipop OS and put together by Motorola, the Nexus 6 has a sizeable 6 inch HD display, as well as a 13megapixel camera with Optical Image Stabilisation.  The 6 inch display is a decent size for watching videos.  Coming in at around £500 (€630, $787) the company was taking pre-orders for Christmas from November 18.

Keeping the theme from its Tablet brand, Amazon has entered the smartphone market with its new Fire phone.  Driven by a Fire OS 3.5 (compatible with Android 4.2 Jellybean) and incorporating Firefly technologies, newcomer Fire arrives with a 13megapixel camera and 3D display experience courtesy of Fire Phone's four front cameras – called Dynamic Perspective. With many of the features of the tablet, the 4.7 inch display is nothing to write home about, but at £127 (€160, $199) economical in austere times.

Huawei has made enough significant progress the year to make people sit up.  The handset is 6.1 inches big, the Asians do like big, and the display screen is impressively large.  In fact the Chinese company claims that 79 per cent of the front of the handset is taken up by display.   Using the Android 4.3 OS coded Jellybean, the camera has 13 mp and comes with a small portrait window in the top right hand corner which allows you to compose the shot before snapping.  Price tag is £283 (€356, $445).

The Nokia Lumia 930 may well, sadly, represent the end of the 'Nokia' brand. The Lumia carries the famous Nokia PureView imaging technology (a Finnish innovation) and runs on the Windows Phone 8.1 OS, though plans are underway to upgrade the series to Windows 10. The camera spec includes a 20 megapixel rear camera with Carl Zeiss optics, and Optical Image Stabilisation. The Lumia 930 carries office 365 for business users. Will cost around £399 (€503, $627) sim-free.

Six months from the launch of the successful Z2, Japanese company Sony introduced its latest update in October 2014. Why the rush? Using an Android 4.4 KitKat OS, and a neat 5.2 inch display, the performance of the Xperia has definitely improved. Longer life battery, a new design and the smoother rounded edging give the Z3 a more upmarket feel.  The camera on manual has 20.7 megapixels (8mp on auto). You will have to fork out £440 (€555, $692), and for those with a Z2 you will feel, understandably aggrieved.

It's the design of the HTC One (M8) that makes you sit up. A cool smartphone with a 5 inch display and a much improved sound system. Sporting a duo camera system, which allows you to refocus even after a shot has been taken, it can also calculate the distance of objects to be shot and filter out unwanted foreground clutter. The HTC One (M8) runs on an Android 4.4 (KitKat) operating system and costs around £450 (€567, $708).

Paying attention to the Asian market, Apple have reversed policy and brought the sizeable 5.5inch iPhone 6 Plus to the market.  With an excellent keyboard, it is big in the hand, and some worry about its flexibility - a bit overplayed in the media.  There is, however, no disputing the versatility of the iOS.  In true 'tablet' style turn this 'phablet' sideways, to landscape orientation setting, and the display turns too. One of the 6 Plus bonuses is the superior image stabilisation on the camera, which means sharper photos in lower light.  Price is a hefty £620 (€782, $975).

LG released, probably, the leading smartphone of 2013. So this year their new upgrade, the G3, had a great deal to live up to.  A 5.5 inch screen with HD display gives the handset a phablet feel to it.  The camera is 13megapixel with Optical Image Stabilisation and a Laser Autofocus snapper in the rear.  The handset uses the Android 4.4 OS (KitKat).  Could set you back £330 (€416, $519), but has to be up there with the best.

The Samsung Galaxy S5 is surely a superphone for modern times.  It boasts a fingerprint scanner and robust Knox security services to prevent muggers benefiting from your purchase.  It also features a waterproof and dustproof certificate.  With a 16megapixel rear camera, and working on an Android 4.4 KitKat OS, this is a credible upgrade on the S4.

There is also the useful powersave mode for those times when you are travelling and forget to pack your charger!  For those who like to exercise there is a nifty heart rate monitor. Great performance, of course, costs, and the Galaxy S5 comes in at around £580 (€731, $912).