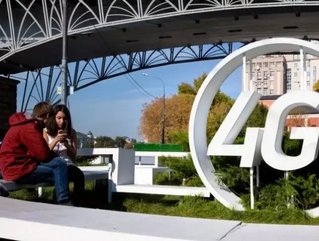 Turkey’s Information and Communication Technologies Authority (ICTA) is due to hold its auction of 4G spectrum in multiple bands on May 26th, with operators required to have launched 4G services by the end of 2015.

ICTA has designed the auction to ensure that at least three companies will emerge with spectrum, it said, in order to guarantee a competitive market, however it has reserved some spectrum in the 2.6 GHz band for a potential new market entrant. Among the companies that have expressed interest are Turk Telekom, Turkcell, Vodafone and Avea.

VoLTE stands for voice over LTE, essentially an HD voice call. It’s main advantage is that call quality is superior to 3G or 2G connections because considerably more data can be transferred over 4G than 2G or 3G, making it easier to hear what the person on the other end of the line is saying, and even their tone of voice. VoLTE can also connect calls up to twice as fast, and as 2G and 3G connections will still be available when there’s no 4G signal it simply means that there’s greater mobile coverage overall.

This lab test makes Turkcell the first and only Turkish operator to test Enriched VoLTE, and one of the few international technology companies to have done so. “We look forward to introducing the latest LTE technology to our customers in Turkey as we roll out 4G services. As a part of this effort, we have joined forces with our partners to test Enriched VoLTE, making Turkcell one of the few technology companies to do so on a global scale,” said Ilker Kuruoz, Turkcell’s Chief Technology Officer. “Our goal is to be among the first operators to offer enriched VoLTE so that Turkcell customers can be among the first users of this technology in the world.”

The test was carried out in partnership with Ericsson. In the words of Ziya Erdem, General Manager of Ericsson Turkey: “ Ericsson continues to develop innovative technologies that enable not only data services, but also more developed voice services on 4G. We are proud to have tested these technologies in Turkey for the first time, becoming one of the pioneers in the industry. Our aim is to consistently improve the end - consumer expe rience in cooperation with our partner Turkcell. We are also contributing to the transformation of smartphones to enable the use of VoLTE and Enriched VoLTE.”