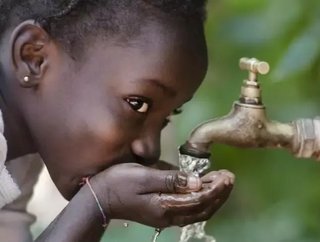 “A village will have clean fresh water drilled into the aquafir well, then the aquafirs deplete and the wells break down,” Daphne Lavers tells us. Lavers and her husband, Dr Rod Tennyson are frustrated that NGO-built African wells do not last. According to UPGro (a research programme studying groundwater projects in sub-Saharan Africa) nearly one third of such projects fail within a few years of construction. One major reason for this is failure to train locals. Daphne explains: “NGOs haven’t trained anyone local to keep them going. It’s an irrational piecemeal way to deal with water shortages and it’s not necessary.”

It’s not necessary. In other words, Lavers and Tennyson think that water shortages in Africa are not predetermined, inevitable or engraved by natural law. At the same time, the United Nations predicts that by 2050 over 50 percent of agricultural land in the Sahel region could be infertile by 2050.

Lavers and Tennyson (both Canadian) feel this is a sort of fatalism on the part of UN and NGOs. In response, they conceived TAP, the Trans Africa Pipeline project. In 2005, Lavers and Tennyson designed a fresh-water pipeline that will cross the Sahel region of Africa, starting in the west (Mauritania) and ending in the east (Sudan). Though it hasn’t been constructed yet, TAP has secured private financing, agreements with contractors and an agreement with the Mauritanian government.

What qualifies Tennyson and Lavers to lead such an ambitious project? A seasoned aerospace engineer and University of Toronto Professor of Emeritus, he co-founded FOX-TEK, which specialises in fibre optic sensor technology. “It became apparent that fibre optic sensors could be used on pipelines,” Tennyson says. Armed with a Masters of Journalism from Carlton University, Lavers handles communications for TAP. Like Tennyson, she also has experience in the pipeline sector, which she calls “a hot button subject for Canada”.

“When Daphne and I were listening to the G8 Summit in Gleneagles, Scotland [2005], they were talking about the water shortage in Africa,” Tennyson adds. “Daphne asked that since I was involved in pipelines, why couldn’t I pipe water across Africa? That’s how it started.” Now, TAP has left the starting line, with various backers cheering its progress. When complete, TAP aims to provide enough fresh drinking water for 28-30 million people across the Sahel region, along with water for them to grow crops. TAP plans to pump 800,000 cubic metres per day, and in two directions. There are two reasons for transporting water both east and west: “If for any reason there is a failure in the pipeline we can still pump in both directions up until the end of that pipeline,” Tennyson explains. “Also, it’s for the security of supply. For example, if one desalination plant goes down or fails, we still have water coming from another desalination plant.” Mauritania, Senegal, Sudan and Djibouti will each house a desalination plant, so there will be two on each coast.

This is a condensed version of the TAP article. To read the full piece, view the June issue of the African Business Review.