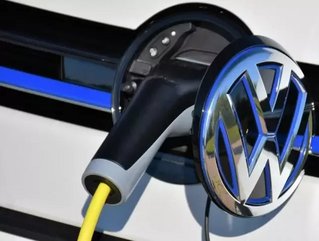 Volkswagen is ramping up its production of electric vehicles as its 'Roadmap E' vision takes shape.

The German auto giant is planning to create 16 production sites around the world exclusively for EVs by the end of the decade, a target that will require the transformation of nine of the Group's plants.

It has also signed battery supply contracts worth €20bn with manufacturers in both Europe and China, with a decision due imminently on its preferred battery provider in North America.

'Roadmap E' was launched by Volkswagen last September, with the aim of bringing 80 new EVs to the market by 2025 and the promise of a €20bn investment for the industrialisation of e-mobility. A range of innovations were revealed by the Group at last month's Geneva Motor Show, including the Audi e-tron and the Porsche Mission E.

"Over the last few months, we have pulled out all the stops to implement ‘Roadmap E' with the necessary speed and determination," said CEO Matthias Müller. "The future of mobility is gradually taking shape, as is the future of the Volkswagen Group."

Müller was speaking at Volkswagen's annual media conference in Berlin, Germany, where Chief Financial Officer Frank Witter also outlined the firm's fiscal health despite the loss of billions through the emissions scandal.

Net liquidity at the end of 2017 stood at €22.4bn, with Witter adding: "The results of the year 2017 demonstrate that we are actively shaping the transformation of our company. We will not cease in our efforts in 2018."