Where is mobile connectivity heading in Africa?

By Mervyn Byleveldt
May 19, 2020
undefined mins 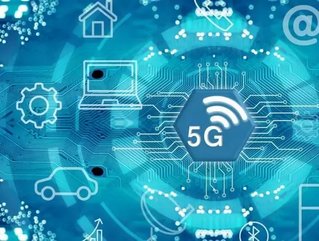 Mervyn Byleveldt, Solutions Sales Manager Africa, at Cradlepoint discusses 5G technology and what it means for the future of mobile connectivity in Africa.

The global 5G rollout has begun, with providers in the US and UK loudly announcing the first limited service availability.  With many more countries expected to follow in 2020, it looks like it will be the technology’s breakthrough year across the major domestic markets in North America, Europe and Asia.

Cellular connectivity is a powerful force in the African economy and the future for its mobile industry is bright.  MTN and Ericsson recently completed South Africa’s first demonstration of 5G technology – a live feed from a car in Pretoria.   At long last, the continent is on the road to 5G.  And despite national variations in readiness and progress, 5G is a global technology movement and we’re all on a pathway to general availability – sooner or later.  Africa may be at the very start of this journey, but businesses can still use today’s mobile technologies to benefit from high-speed wireless connectivity.

The 4G success story – It’s not over yet

To understand that, we need to look towards 4G LTE networks.  A global success story, 4G is a familiar and trusted technology that’s enabled people worldwide to work, relax and connect in ways that could not have been possible in the legacy 3G world.  As mobile Internet speeds have increased, so too have the number of people adopting connectivity-driven smartphones.  The number of smartphone connections in Africa is forecast to double from 315 million to 636 million by 2022 – twice the projected number in North America and close to the the European total.  At the same time, mobile data traffic across the continent is predicted to increase seven fold.

While 5G has been capturing recent media attention, 4G LTE has been steadily evolving to connect faster than ever before.  It has played a pivotal role in creating entirely new digital industries, such as social media, while providing the likes of Uber with the means to disrupt traditional markets.  Demmand for mobile Internet connectivity has has soared in Africa over recent years and has been central to the development of many iindustrires, including Africa’s financial services sector.  Thanks to 4G, there are more than 122 million active users of mobile financial services in Africa – now the global leader in mobile money.  Sudhir Juggernath, head of Orange Applications for Business, Africa, recently explained that the quick transition from 3G to 4G was a direct consequence of the increasing demand for mobile data, as “fibre and other forms of connectivity are limited or non-existent in major parts on the African Contintent.”  Juggernath conceded, however, that “South Africa will only leverage the 5G network in the next two to three years.”

But before 5G arrives on the African continent, development in 4G will continue apace.  The speed and coverage of 4G networks in South Africa is fast increasing, with the country’s fastest 4G mobile network operator, Vodacom, recently exceeding 80% population coverage.  The next stage will see the high-performance, Gigabit-Class form of 4G LTE come to market, offering theoretical speeds – as its name suggests – of up to 1 gigabit per second. Gigabit-Class LTE leverages many of the same technologies that are forming the foundation of 5G, and in countries where Gigabit LTE is already available, carriers such as AT&T in the US have looked to capitalise on its impressive performance by branding their upgraded Gigabit-Class LTE network as ‘5G Evolution’ or ‘5GE’.

But, putting those complexities to one side, it’s more immediately relevant to examine what Gigabit-Class LTE can offer, because it will arrive on the African continent much sooner than 5G.  The simple message is it will allow organisations to extend the reach, reliability, and speed of their enterprise branch networks, while avoiding the challenges of traditional wired connections.  At its core, Gigabit-Class LTE will deliver as much as 80% of the value of 5G – and far sooner.

The key tenant for many businesses in moving more of their operations from wired to mobile connectivity options is the availability of unlimited, ‘no overage’ data plans.  These data plans are beginning to appear on the South African market, and in other countries have represented the ‘missing link’ for many organisations that have been thinking about replacing wired access links for wireless at their branch locations.  LTE has already carved a valuable role as the go-to connection for failover and Day-1 connectivity, but once historical fears associated with expensive overage charges are dispelled, it becomes a viable option for primary WAN connectivity.  ‘Cutting the cord’ means business can work with just one or two wireless providers – significantly reducing compexity whiel at the same time delivering a huge improvement in WAN uptime.  In South Africa, where businesses of all sizes have struggled with a variety of issues frustrating the availability of reliable wired connectivity, this is a game changer.

On the road to a wireless future

If we look back at what history tells us about the emergence of wireless technologies; whenever the performance and economics of wireless converge with a wired alternative, wireless always wins.  That moment is about to arrive in the Wide Area Networking (WAN) space.  It’s a pattern that repeats; in many households and businesses, cordless phones have pretty much killed off corded ones, and for many the home phone has been replaced altogether by a mobile.  More recently, wireless speakers and Bluetooth headsets have been displacing the traditional and more awkward wired options.  And, in the office and public spaces, wireless LANs usurped wired Ethernet more than a decade ago.

What this indicates is that when it arrives, 5G will deliver the biggest communications transformation since the Internet.  But on this somewhat drawn-out journey to a faster future, the availability of Gigabit-Class LTE will deliver much of the value that most enterprises want today – a high performance and widely available wireless connection.