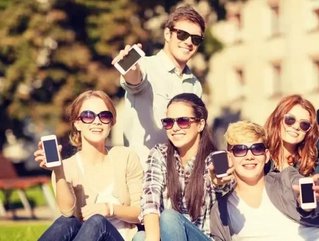 Technology at work is lagging behind the tech we use in our personal lives and 72% of workers don’t feel their workplaces are ready for the arrival of the app generation.

New research from communications company Fuze, carried out with workers and 15-18 year-olds (the app generation), shows that the majority of workers don’t think their workplaces are ready for the next generation.

73% of teens see up-to-date technology as an important factor when choosing where to work. There’s a big disconnect between the expectations of the 15-18 year-olds and the reality within workplaces.

The research also highlights dissatisfaction among current workers, with 51% saying the technology they use at work is inadequate for working effectively. This leads to significant ‘shadow IT,’ as 39% use their own mobile phones for work and many work with software outside of IT’s control, including messaging apps (32%) and video calling (25%).

The research findings also link closely to the rise in working from home and suggest the trend will continue, with 89% of office workers seeing benefits in being able to work somewhere other than the office and 65% agreeing they could work effectively from home, if they had the right technology.

In addition, the report predicts how communication technology will change, with 59% of workers believing video will eventually replace voice. This statistic is echoed in teenage behaviour, with 8% preferring to communicate with friends via video call — fewer than in person or via text-based communication, but the same figure as prefer mobile voice.

Luca Lazzaron, Senior Vice President of International Operations, Fuze said: “The app generation has grown up with mobile as the default. They are used to doing everything on their smartphone, especially communicating, and the current business technology set-up isn’t anywhere near ready for that.”

“Businesses today have traditional ideas of where and what work is, and the technology that matches those traditional ideas – landline phones, desktop computers, even fax machines. Young people won’t know where to start with these outdated technologies. Their mobile-first, flexible, ‘app for everything’ approach marks a much better way of working and our research shows it’s not just young people who feel workplace technology simply isn’t up to scratch. That’s why businesses need to take action now, not just to safeguard themselves for the future, but to provide the tools their employees need today, to be able to work most effectively.”