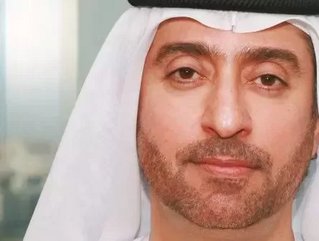 Dubai-based EZW is one of the globe’s pioneering developers and operators of economic free zones, technology, logistics and industrial parks, the combination of which creates an extensive infrastructure to support the expansion of its booming international customer base.

With the list of enticing benefits on offer, such as 100 percent foreign ownership and repatriation of capital, zero income tax, corporate tax and import/export tax, low operating costs and fast-track business setup, its little wonder many of the world’s top multinationals are flocking to these zones in their droves.

Jebel Ali Free Zone (Jafza), one of the world’s largest and EZW’s flagship operation, has 150 of Fortune Magazine’s top 500 corporations operating within it. Located in the western end of Dubai close to Port Jebel Ali, the world’s largest man-made harbour, Jafza stretches over 48sqkm and contains more than 6,400 companies based in office units, warehouses, light industrial units and self-developed land sites. Other facilities include business centres, hotels, build-to-suit opportunities and world-class logistics connections.

The free zone has created a one-stop solution for any and all services required by a company wishing to establish activities and take advantage of the unique environment contained within. A beneficial step was reducing the amount of approvals needed from various ministers and government departments, with a straight-forward checklist being drawn up to facilitate a smooth set-up.

More than 300 African companies are currently reaping such rewards from Jafza’s many advantages, the majority hailing from Egypt, with Sudan, Tanzania and Kenya making up many of the remainder. Some of the more well-known names include Afrisource, Barloworld Logistics, Dorman Long Engineering, Punch Limited, Kampac Oil and Metra Computer Group.

“Many African countries have huge investment potential, constituting opportunities for companies both within the continent and those based in the UAE,” said EZW Chairman Hisham Abdullah Shirawi.

“In Dubai, especially in Jafza we have the infrastructure to facilitate the establishment of an international dimension for African businesses. We offer facilities for storage, packing, marketing and a means of being connected to a truly global distribution network; all of which are unfortunately not adequately available throughout Africa,” he added.

Though headquartered in the business capital of the Middle East, EZW also has a growing number of wider interests with activities across the UAE, Middle East, India, Asia Pacific, Europe and the Americas. Of increasing importance is EZW’s own presence in Africa through Djibouti Free Zone (DFZ), located on the horn of the continent.

Created with the singular purpose of radically changing the way Africa thinks and conducts business; through DFZ, EZW have shaped the ideal environment in which trade and commerce can flourish.

“Africa is a very promising region, one of the fastest developing economically speaking,” said Shirawi. “It has huge potential in terms of energy, food, agriculture and a host of other resources.

“DFZ is one of the most successful free zones in Africa and we have plans to not only expand that operation, but establish a similar entity elsewhere on the continent particularly where high production facilities exist or could be developed and where raw materials or other opportunities could be leveraged.”

Responsible for developing and overseeing not only Jafza, EZW’s Dubai operations also includes Techno Park – providing specialist facilities for companies wishing to establish a manufacturing or R&D presence; Dubai Auto Zone – an area for the import/export of vehicles and converting a proportion from left-hand to right-hand drive and vice-versa; and Gazeley – a global developer and provider of sustainable logistics solutions.

“When Jafza was established in 1985 under the Late Ruler of Dubai Sheikh Rashid Bin Saeed Al Maktoum, it wasn’t a common activity and many considered it to be a short-lived dream; time has proven otherwise,” said Shirawi. “We have amassed a huge amount of knowledge, overcoming many of the hurdles such an activity creates and we would be very keen to share our experiences with African nations and companies.”

Within Jafza there is a business unit dedicated to working on opportunities such as establishing additional free zones in other parts of the world, with a particular African focus towards energy, like the huge reserves of coal in Mozambique, and agriculture, with corn being considered as not only a potential food source, but also a synthetic fuel.

“We have to consider each of them, prioritising on the basis of ease of execution, fastest payback period and the willingness of a country to invest in one sector over another; then we can establish our collaborative economic activities. The opportunity really is huge,” said Shirawi.

For African regions wishing to establish their own free zones, the final vision has to be the focus, said Shirawi: “What type of environment do countries ultimately want to operate in among themselves and the rest of the world in 10, 20, 50 years?”

“Once that vision becomes clear, it’s then easier to work backwards and define the rules, regulations, modifications and requirements needed that will facilitate certain stage to achieve that end goal. At each stage feedback must be gathered to monitor progress and see what has already been achieved.”

“Africa, like any other continent, is going to be integrated with the rest of the world’s economy; you can’t simply live in isolation anymore. You have to talk to your neighbour because we all have common interests, to try and do otherwise is impossible,” he concluded.Writte