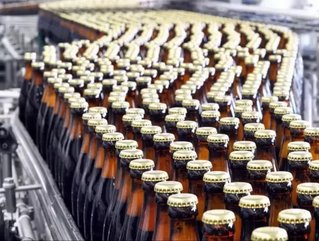 The Belgian beverage giant, Anheuser-Busch InBev, has releases its results for the first quarter of the year.

During the three months ending March, the firm saw its volume growth increase by 1.3% following from the final quarter of 2018.

The company’s revenue growth expanded by 5.9% during the review period, whilst its earnings before interest, tax, depreciation and amortization grew by 8.2% with margin expansion of 86 bps.

“Our UK business has had a strong start to the year, as we continue to deliver volume growth and market share gains, with both Budweiser and Bud Light growing double digits,” commented Paula Lindenberg, President of Budweiser Brewing Group UK and Ireland.

“We have unveiled our new name Budweiser Brewing Group UK&I, moved to our new London offices and announced renewed ambitions, which include creating a nation of smart drinkers and championing Britain’s iconic beer culture.”

“At the beginning of this year we announced Raising the Bar, our new scheme that shares our draught equipment under the bar with small brewers for free in pubs where we are lead brewer, underlining our commitment to the on-trade.”

“Looking ahead, we are preparing for an epic summer of sport. Budweiser is getting behind the England Women’s football team in their FIFA Women’s World Cup 2019™ bid, while Bud Light continues to be the Official Beer of the Senior England Men’s Football team. Stella Artois is also bringing the perfect serve to this year’s Wimbledon, as well as continuing its partnerships with Ascot and The Open.”

“The summer is a huge time for beer sales and we will be focused on growing the category, supporting our customers and delighting consumers with some of the nation’s most loved beer and cider brands.”