Black Friday and Cyber Monday: More Purchases made via Apple than Android 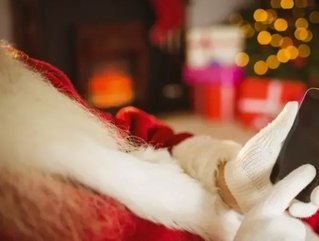 In what was a record-breaking weekend for retail thanks to Black Friday and Cyber Monday, purchases made on Apple markedly outstripped those on rival Android devices.

IBM reported record online and mobile shopping during Black Friday and Cyber Monday in the UK based on consumer transaction data analysed in real-time by the IBM Digital Analytics Benchmark.

After being adopted in the UK last year, Black Friday continued to gain ground as one of the busiest UK shopping days of the year as consumers sought the best deals. Black Friday online sales were up 91.6 percent compared to 2013, driven by a 35.5 percent increase in mobile sales year-over-year.

READ MORE: What is Black Friday and Where does it Come From?

The momentum carried into Cyber Monday UK as online sales increased 22.6 percent year-over-year and, mobile sales were up 29.3 percent over the same day in 2013; with mobile devices accounting for more than one-in-three of all online purchases (42.9 percent).

James Lovell, European retail solution leader, IBM, said: “It has become clear from their behaviour that consumers are increasingly using technology as part of their shopping experience.  Retailers are acknowledging this by optimising the customer experience, developing customer data strategies and applying the insights to drive ever more targeted and personalised communications to customers.

“With the increase in mobile usage and the adoption of digital technologies in the physical store environment, it is encouraging to see that retailers are treating this seriously and starting to reap the rewards."

The battle between iPhones and iPads and Andoid devices was also observed with interest as more people than ever decided to avoid the busy high street and make purchases remotely.

Apple outperformed Android on both days, the following statistics showing how.

The infographics below show a breakdown of the busy retail activity on both Black Friday and Cyber Monday. You can also see interviews with IBM experts on the record-breaking weekend here: http://www.europe.businesschief.com/videos