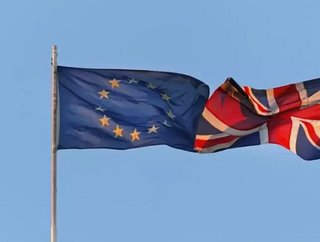 UK SMEs are struggling to export outside the EU according to a new report from commercial insurer RSA. This showed that while UK businesses want to expand into growth economies, they remain dependant on EU markets.

82% of the UK’s SMEs sees the EU as important to their future growth. More than half (56%) of SMEs complain that uncertainty around Brexit is already holding back their growth and 55% say that the government is not supportive in dealing with Brexit, with two thirds (66%) calling for greater clarity now on the UK’s future role in Europe.

While 85% of small business leaders believe SMEs are more globally-minded than ever before, the export potential of SMEs is bounded by the EU – with 72% of UK SMEs struggling to export beyond EU borders.

Tellingly, the study reveals a major disconnect between government-led initiatives to boost exporting – including plans to double exports to £1 trillion per year by 2020 and the recently – launched ‘Exporting is GREAT’ campaign – with four in five SMEs stating the government must do more to champion small exporters. Seven in ten (71%) SMEs call for the UK government to help relax controls in emerging markets to encourage free trade. Three quarters (74%) say less red tape on exports would help SMEs to grow internationally.

David Swigciski, SME Director at RSA, said: “The UK’s SMEs are stuck in the gravitational pull of the EU. Current government export support isn’t working for our smaller businesses, who are struggling to trade beyond Europe.

“Not only are our SMEs missing out on growth markets, they face significant risk from uncertainty over a possible Brexit and our future relationship with Europe.

“SMEs are telling us that the perception of the UK’s small businesses as corner shop owners is outdated and damaging. We need a 21st century framework for the 21st century SME. Government policy needs to be updated to support our internationally-minded business community if SMEs are not to be caught between the rock of the BRIC wall and the hard place of Brexit uncertainty in their core EU markets.”

For now, all SMEs can do is wait and see on Europe. However, they can start to take steps to identify further growth opportunities outside the EU and should be looking at peers and businesses that have already done this successfully.