Can British Land and the London property market bubble continue or are we on the verge of a crash?

By Jeremy McGivern, Founder of Mercury Homesearch
May 19, 2020
undefined mins 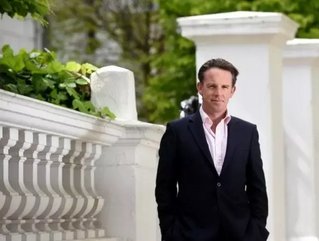 British Land has just reported stellar profits including an 18.8 percent increase in the value of its residential portfolio. Meanwhile Foxtons’ share price jumped 10 percent immediately after the election result.

There are two major themes running through the predictions for a massive property crash in London. The first is that the price to earnings ratio is at an all-time high. Secondly, and inextricably linked to this, is the fact that First Time Buyers (FTB) are all but priced out of the central London market and indeed most of the UK.

This is why the average age of an FTB has been increasing relatively swiftly to c. 38 years old now. The problem is that they don’t earn enough, they don’t have sufficient capital for a deposit (much of their money is spent on rent) and in many cases they have not been able to find a decent job at all. This is after all a jobless recovery.

Now what I am about to say will be hugely unpopular but then the truth often is:

The fact that most people up to the age of 38 cannot afford to buy property is irrelevant for house prices. It simply doesn’t matter … and before you start railing about the injustice, how it does matter because it could cause social fractures and increased homelessness,  I agree. It is all of those things and from that perspective it is not fair.

However, you need to repeat the following three times:

THIS IS TOTALLY IRRELEVANT FOR PRIME LONDON PROPERTY PRICES

So why is it irrelevant? Well, just because FTBs (first time buyers) don’t have the means to jump on the housing ladder doesn’t mean that the money has disappeared into a vacuum or isn’t being produced. The money to buy property is there, it is just coming from a different source.

The key word above is “produced”. Earning money is dreadfully 20th Century. Why earn it when you can just print the stuff?

One of the major effects of QE has been to boost asset prices. It has failed in the original stated intention to boost jobs. This is the main reason why the young, i.e. FTBs, are struggling. They rely on income rather than assets. They do not have the savings to buy the assets.

Meanwhile those with a lifetime of savings and assets have made out like bandits. This is why there is such a huge disparity in wealth between the older and younger generations and those with assets and those without.

Trying to earn money as a youngster in a typical job to buy a property is futile as you will remain behind the curve. Indeed in prime central London you can have an excellent career as a lawyer, banker or stockbroker and still be completely inadequately funded in terms of buying a house.

Unless of course you have the best bank in the world.

The bank of mum and dad is now the middleman between the central banks and the younger generations.

The over 55s now have huge disposable wealth and are the wealthiest generation in the history of mankind. There is now also greater flexibility on how they can use the huge sum stored in the UK pension pot. A large percentage of this money will now enter the property market – this is likely to affect the lower end of the market more than prime central London, so expect to see FTBs priced out even more.

Unfortunately there is also quite a divide in this older generation:  if your parents do not have assets then you cannot benefit from this recirculation of QE money through asset prices.

But that isn’t the only source of money replacing first time buyers: international wealth is now more fluid than ever before. This is creating a world in which a few cities are attracting huge amounts of investment in terms of infrastructure (digital as well as physical).

It is a simple fact that as humans we seem to have an almost unlimited desire to own property in all the best locations. Obviously London has been, and will continue to be, a major beneficiary.

So, there is a situation where there is:

1.       A huge expansion of money through QE in several jurisdictions

3.       Money can transfer between jurisdictions at the touch of a button

Consequently, it is madness for those with huge sums of excess cash to stay in cash.

London is arguably the greatest city on the planet and certainly in the top three. So a large percentage of this cash will continue to target London property because of the usual reasons: clear legal title, political stability, major financial centre, etc., etc.

The question is, how long can this “new normal” last?

It all hinges on confidence. If we get through the next year without any calamities then people will believe that everything is in order. This will lead to greater confidence, borrowing and expansion. This in turn will lead to greater land speculation which will lead to the next boom and indeed bust. That is guaranteed, but is probably about ten years away. Until then, British Land will continue to do well if it maintains its focus.

Jeremy is the author of The Prime London Property Puzzle, the book on acquiring property in prime central London (to request a complimentary copy of his book and other reports visit www.mercuryhomesearch.com. Mercury Homesearch operates across London, specialising in acquiring properties valued over £1 million in Belgravia, Knightsbridge, Mayfair, Kensington, Chelsea, Marylebone and St.James’s, working with clients from across the globe.