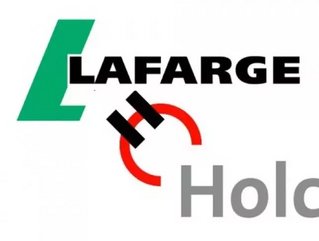 Cemex will be able to buy Holcim’s Spanish assets after being given the green light by the European Commission, an important step in a huge shake up in the cement industry which could bring the proposed $50 billion creation of Lafarge-Holcim a step closer.

The Holcim assets comprise plants and quarries dedicated to the production and supply of cement, aggregates, ready-mix concrete and mortar in Spain. The Commission concluded that the acquisition would not raise competition concerns since the merged entity will continue to face sufficient competition from its rivals in all markets concerned.

By selling off these assets, Holcim and Lafarge would be nearing its $5 billion sales target in its bid to satisfy the competition authorities in order to merge into the new cement behemoth.

The Spanish transactions are part of a series of sales between Holcim, Lafarge and other European cement players contributing to the €5 billion target.

This latest development follows news earlier in the summer that competition authorities were not satisfied with the proposal for Spain.

On 23 April 2014, the Commission opened an in-depth investigation over concerns that the proposed transaction could substantially lessen competition in the market for grey cement by removing Holcim assets as an actual competitor in eastern Spain.

The Commission was also concerned that the proposed transaction could facilitate existing coordination between grey cement producers in central Spain or make future coordination more likely. However, these concerns have been dispelled.

Cemex also intends to acquire control of the whole of Holcim's activities in cement, ready-mix concrete and aggregates in the Czech Republic, an operation cleared by the Czech competition authority in March 2014.

Earlier this year Lafarge agreed to buy back Anglo American's stake in Lafarge Tarmac so it can sell the entire unit in a move which would again bring the merger with Holcim a step closer. If successful, the new company would become the largest cement producer in the world.