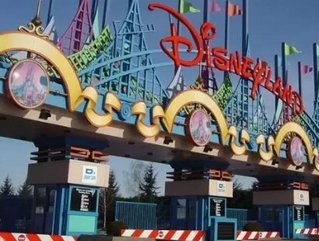 Iconic entertainment provider Disney is facing a battle to save Disneyland Paris and has provided a €1 billion finance package to compensate for falling visitor numbers at the theme park.

Euro Disney, operator of the site which is one of Europe’s most famous tourist attractions, said earlier this week that it was receiving financial help from its parent company, prompting share prices to fall by as much as 20 percent on the Paris stock exchange.

The plan comprises a cash injection of €420 million and a conversion of €600 million of debt owed by Euro Disney into equity, reducing overall debt from €1.7 billion to somewhere under the €1 billion mark. The parties are also hoping the plan will improve Euro Disney’s cash position by €250 million.

Troubling economic conditions leading to tighter family budgets is to blame for the falling numbers seen at Disneyland Paris, according to Euro Disney President Tom Wolber.

In a statement he said: “Disneyland Paris is Europe's number one tourist destination, but the ongoing economic challenges in Europe and our debt burden have significantly decreased operating revenues and liquidity.”

He added that the new finance arrangement was “essential to improve our financial health and enable us to continue making investments in the resort that enhance the guest experience."

Disneyland Paris has seen more than 275 million visitors through its gates since opening in 1992 and overcoming initial publicity issues surrounding its supposed mashing of French and American traditions.

The theme park, located on the outskirts of Paris, still attracts more custom than the Eiffel Tower and Louvre Museum, with more than 14 million people being welcomed between September 2013 and September 2014. This still however represents a year-on-year drop of between 700,000 and 800,000.