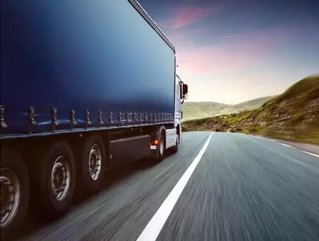 Businesses in Europe are becoming increasingly concerned by the potential collapse of the 26-nation border-free zone due to the huge influx of migrants.

This could be the end to the 30-year Schengen accord, which allows free travel between European countries and is seen as one of the linchpins of post-WWII Europe.

Schengen has already been temporarily suspended by seven countries to control the migrants wishing to come into each country.

European businesses have been using words such as ‘horrific’ and ‘devastating’ to describe the possibility that Europe could no longer be borderless. There would be huge costs involved in this particularly for logistics companies.

Now stretching from Greece in the south to Iceland in the north and encompassing more that 400 million people, the Schengen area has offered border-free commercial and personal movement since an initial 10-nation pact in 1985.

It has been widely considered one of the European Union's most successful, wealth-creating projects, stretching to several non-EU countries and excluding just Britain and Ireland in Western Europe.

"A breakdown of Schengen would be horrific for us," carmaker Opel's Chief Executive, Karl-Thomas Neumann, told reporters on Tuesday, noting Opel depends on the reliable transport of goods and components from Germany, Spain, Poland, Britain and Italy.

"We have huge logistics operations in southern Europe; any disruption would have an immediate impact on the bottom line."

One study released by the European Commission, however, looked at just a small slowdown caused by border controls on roughly 57 million road transport journeys a year.

"Assuming that each of these crosses one border and has an additional waiting time of one hour. This could easily add up to a total cost of around 3 billion euros per year," it said, citing an estimate by DG Move, the EU directorate-general for mobility and transport.