Facebook bank? 1 in 5 would move finances to tech-savvy companies 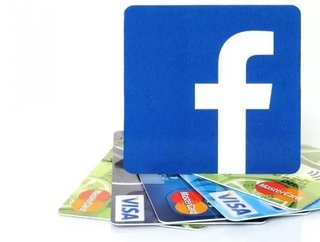 A fifth of European consumers would switch their banking and insurance services to the likes of Facebook, Google and Amazon if they offered such a service.

Fujitsu has released a Europe-wide study highlighting the shift in consumer interaction with their banks and insurers, as digital-first demand continues to drive a new pace of change.

According to the 7,000 consumers who took part in the Fujitsu-commissioned survey, digital plays an increasingly prominent part in their banking and insurance interactions, with more than a third (37 percent) threatening to leave their provider if they don’t offer up-to-date technology.

While traditional payments still remain popular - 44 percent of consumers still use cash to pay daily - new digital payment methods are coming to the fore. Consumers are showing they are open to innovative services to make their lives easier, with 32 percent already embracing mobile device payments, while 22 percent have adopted wearable technologies and 20 percent crypto-currencies, the latter driven by Eastern Europe usage where 44 percent say they use the technology.

“Today’s customers are no longer guarded,” said Francois Fleutiaux, Senior Vice President and Head of Sales, EMEIA, Fujitsu. “When it makes interaction more convenient they are willing to embrace innovation. They may not know where they need it until it is offered, but this is where technology comes to the fore - it is the engine that is driving consumer expectations forward and the financial services sector has to live up to this new pace of change.”

This digitally open attitude also extends to day-to-day interaction with banks. Online banking is the most popular channel across Europe, with three in four using it at least once a week. Yet, while traditional channels are declining in comparison, they still represent a huge swath of consumers; 34 percent visit their bank branch at least weekly, while an even higher 36 percent use the telephone to speak with their banking provider.

“While there is no doubt we are moving towards a digital world, this shouldn’t and doesn’t mean that traditional channels are ‘dead’,” said Fleutiaux. “For consumers, digital simply means a new way to communicate whether that be their bank, insurer or their favourite retailer - in whatever way suits them. ‘Traditional’ methods and face-to-face interaction still have a place in modern-day banking and insurance. Providers that will be successful will be the ones who modernise their back office to integrate these various channels to create ‘banks and insurers of the future’ that provide their customers with all options.”